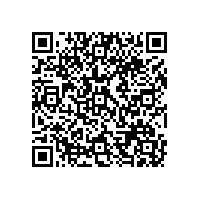 Operating revenue for the 4th quarter was NOK 225.6 million, an increase of 10 %. EBITDA was NOK 5.2 million and EBITA ended at NOK 4.1 million. The order intake during the quarter totalled NOK 224 million.

The Norwegian operation continued the strong performance in the 4th quarter and contributed, along with Sweden, to the record-breaking revenues for the group. A solid market position, a strong customer portfolio and a well-trimmed organisation are main contributors to the positive development.

- Our Norwegian operations set the standard in terms of what we expect from the group's international focus. We are especially concentrating on reaching the potential in the Swedish market, which is estimated to be five times the size of the Norwegian market, says Ragnvaldsen.

Asia as a part of the value chain

- Data Respons has extensive experience working in collaboration with the customer on development and innovation, in combination with a global partner network. Our presence in Asia (Taiwan and Shanghai) provides many exciting opportunities for our customers. We are the bridge to Asia for our customers, where our local operations ensure quality in the production of solutions, says Ragnvaldsen.

- During 2011 the group has implemented several initiatives to increase efficiency and to further strengthen the organisation. A closer coordination of the logistic operations in the Nordic region, gradually transferring tasks to Asia and cost reductions across the board, are important improvement processes which we expect will provide improved results in 2012, Ragnvaldsen says.

Data Respons ASA is listed on the Oslo Stock Exchange (Ticker: DAT), and is part of the information technology index. The company has offices in Denmark, Germany, Norway, Sweden and Taiwan. At the close of the 4th quarter 2011 the company had a total of 446 employees. More information on Data Respons ASA can be found on our website: www.datarespons.com