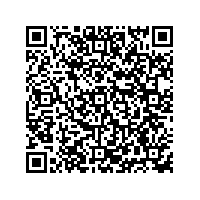 Subscribe to news
(PresseBox) ( Neuss, 17-04-21 )
For the 9th time in a row, the Neuss D'art Design Gruppe took part in EuroShop 2017 in Dusseldorf and made the processually creation principle a reality. The agency's own presence at the leading international trade fair for retail was dedicated to the most exciting moment of the creative process: the inspiration.

The designers brought this moment to life over 228 m². Spatially, cross-medially and interactively, the exhibition space had the motto "from scratch". The motto is based on the fact that each brand experience begins with just an empty piece of paper and it is only when inspiration comes that concrete forms start to take shape.

The Neuss designers also visualise the relationship to the customer at this step. It is not the agency itself that is the focus, it is instead the recognition of the customer, the permanent reflection, the dynamic, the change of perspective and the "thinking-out-of-the-box" moments during the creative process.

Five-metre-tall, reflecting outer sides initially meant that the trade-fair stand could only be perceived in the reflection of the surroundings. It was only from the moment of inspiration as the visitors moved close to and entered the orchestrated space, that the invisible became visible for them: the idea is born, it can be quantified and developed.

The visitors discovered and experienced this process at the interactive stations. Words could be formed using three-dimensional letters that created a new meaning with their reflection. Drawings made by visitors on iPads were transmitted to a giant LED wall and shown there live. And the meaning of the arranged letters on offset-placed mirrored walls could only be understood when the viewer found the correct angle to view them from.

In the spatial midpoint was a giant table covered in grey felt that invited the visitors to converse and interact - flanked by an oversized book shelf with an implied library. Individual real books documented various Dart projects and allegorised the rich and varied experiences accumulated by the creative agency: multi-sensual brand experiences that had already become reality through inspiration and the design process.

For the first time at this year's EuroShop, Dart was positioned in the area "Shop Fitting & Store Design" in Hall 12. "As a creative agency, we see such changes as the perfect opportunity to reflect on the existing and to discover new and exciting possibilities - the core of our work is change itself", said Guido Mamczur, Managing Director of D'art Design Gruppe.

About Dart and the EuroShop

As a "heavy weight" in the industry with over 20 years of EuroShop experience, the D'art Design Gruppe presents itself every 3 years with a moment of surprise. The designers have been playing with the creative process itself at the leading international retail trade fair since 2008. The agency is presenting itself for the first time this year since the restructuring of the EuroShop in the area "Shop fitting & Store Design" in Hall 12. Guido Mamczur reported in his presentation "Pop-Up-Stores - Experimental Field Retail" about short-term and attractive concepts in the retail trade. Also at the trade fair were students of Peter Behrens School of Arts, headed up by Prof. Rainer Zimmermann with guest professor Guido Mamczur. They presented their work and results of the course "Wrapping Retail Design".