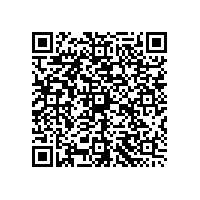 Subscribe to news
(PresseBox) ( Frankfurt/Main, 09-03-03 )
Danisco A/S has closed the sale of Danisco Sugar A/S to Nordzucker AG. The sale of the sugar activities is a decisive step towards transforming Danisco into a focused, bio-based and marketdriven ingredients provider.

CEO Tom Knutzen, Danisco A/S, comments: 'Nordzucker is one of Europe's leading sugar producers. We are very pleased that Danisco Sugar has now found a new home with the same focus on efficient and competitive production of sugar for industry and consumers. In light of the dramatically changed conditions in the financial markets and the global economy in general since we signed the agreement with Nordzucker in July 2008, we consider the result of the sales process satisfactory. After the sale, Danisco is a focused business engaged in bio-based ingredients solutions, and through innovation and sustainability we will further accelerate our efforts to become the customers' First choice.'

Accounting impact of the sale

The sale of Danisco Sugar was concluded at a sales price of DKK 5.45 billion based on a normalised working capital to which should be added an amount receivable from the EU of DKK 0.37 billion (see our stock exchange notice of 20 February 2009).

Danisco temporarily retains sugar at a value of DKK 0.6 billion, grants credit of DKK 0.5 billion to Nordzucker and has today received DKK 4.9 billion, or DKK 6.0 billion in total. In addition, Nordzucker will, according to the agreement, take over debt and obligations such as deferred tax, pension provisions and minorities of DKK 0.8 billion, corresponding to a total gross acquisition price of DKK 6.8 billion.

Part of the cash received will be used for payment of DKK 150 million to beet growers (see our stock exchange notice of 14 July 2008) as well as payment of selling costs.

As a result of the price reduction agreed in the final phase (DKK 149 million) and a loss on energy purchase agreements at fair value related to the 2009 campaign, which is to be paid by Danisco in accordance with the sales agreement, an accounting loss of around DKK 200 million on the sale is now expected. An operating profit after tax and interest of around DKK 140 million is expected for the period up to 28 February 2009 resulting in an estimated loss from discontinued operations of around DKK 60 million.

Please see our stock exchange notice no. 04/2009 of today for more information about management's group outlook for 2008/09.

Change in the Executive Board

In connection with the sale of Sugar, Executive Vice President Mogens Granborg has resigned his position as CEO of Danisco Sugar A/S and will retire from the Executive Board of Danisco A/S at the end of April 2009. Subsequently, the Executive Board will consist of CEO Tom Knutzen and CFO Søren Bjerre-Nielsen. Mogens Granborg will be making his services available to us until 31 August 2009, when he retires in accordance with his contract.

Change in the Board of Directors

In connection with the sale of Sugar, Bent Willy Larsen, Engineer, elected by the employees, will leave the Board of Directors of Danisco A/S. Subsequently, the Board will consist of eight directors.

With a rich and innovative portfolio, Danisco is a world leader in food ingredients, enzymes and bio-based solutions. Using nature's own materials, science and the knowledge of our 7,200 people, we design and deliver bio-based ingredients that meet market demand for healthier and safer products. Danisco's ingredients are used globally in a wide range of industries - from bakery, dairy and beverages to animal feed, laundry detergents and bioethanol - offering functional, economic and environmental benefits. Headquartered in Denmark and operating from more than 80 locations, Danisco's key focus is to become our customers' First choice and a truly market-driven global business. Find out more at www.danisco.com