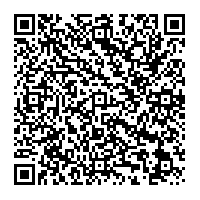 The Canter Eco Hybrid is a light-duty diesel-electric hybrid truck with extremely low emissions and fuel consumption. On sale in Japan since 2006 and now also available in selected export markets, the truck has sold more than 1,000 units worldwide.

The smart fortwo electric drive is a two-seater, battery-electric passenger car with operating range of 135 km and top speed of 100 km/h. A demonstration test started earlier this week in Japan, as a part of the worldwide fleet test involving 1500 cars.

The test drives were part of an event hosted by Mitsubishi Fuso Truck and Bus Corporation (MFTBC), an integral part of the Daimler Trucks Division of Daimler AG, and Mercedes-Benz Japan Co., Ltd. (MBJ), a wholly-owned subsidiary of Daimler AG and the importer of smart cars in Japan.

"Together with Mercedes-Benz Japan, Mitsubishi Fuso was honored to demonstrate our advanced hybrid and electric drive vehicles to Minister Brüderle," said Dr. Albert Kirchmann, MFTBC President and CEO and Daimler AG's Corporate Representative in Japan. "These alternative drive efforts are a showcase of Japan-Germany cooperation in advanced environmental technologies. They also demonstrate Daimler AG's commitment to shaping the future of mobility through customized hybridization and local zero-emission driving with battery vehicles."

In addition to the test drives, the program for Minister Brüderle included presentations on hybrid and e-mobility initiatives of MFTBC and MBJ.

MBJ's clean drive initiatives include the launch of the clean diesel, micro hybrid, and hybrid model, all for the first times among import brands in Japan. Following the fuel-cell model from 2003, MBJ rolled out the on-road test of the latest e-mobility - smart ed.

The preview of the new technologies by Minister Brüderle is in line with key objectives of the German Ministry of Economics and Technology. Among other objectives, the Ministry is charged with promoting new technologies and innovation to maintain economic competitiveness, linking economic and ecological goals and expanding the worldwide division of labor and a free system of world trade.

Rainer Brüderle became Minister of Economy and Technology on October 28, 2009. Previously, he was a member of the German Bundestag (Parliament) from 1998-2009 and Deputy Minister- President of the federal state of Rhineland-Palatinate from 1988-1998.

His career in government spans almost 30 years and includes various positions focused on economic development on the federal and state level.

Born on 22 June 1945 in Berlin; Minister Brüderle studied law, economics and political science at the Johannes Gutenberg University of Mainz; with a university degree in economics (Diplomvolkswirt) in 1971.

Based in Kawasaki, Japan, Mitsubishi Fuso Truck and Bus Corporation (MFTBC) is one of Asia's leading commercial vehicle manufacturers. In 2009, the company sold a total of about 99,500 vehicles including light-, medium- and heavy-duty trucks and buses. Daimler AG owns 85% of MFTBC shares and various Mitsubishi group companies own 15% of MFTBC shares. MFTBC is an integral part of the Daimler Trucks Division of Daimler AG.

Mercedes-Benz Japan was established in Tokyo in 1986, the year of the 100th anniversary of automobile. The company imports and services Mercedes-Benz Cars, consisting of Mercedes-Benz, Maybach, AMG, and smart. In 2009, 29,400 of those cars were sold in Japan.

Daimler AG is one of the world's most successful automotive companies. With its divisions Mercedes-Benz Cars, Daimler Trucks, Mercedes-Benz Vans, Daimler Buses and Daimler Financial Services, the Daimler Group is one of the biggest producers of premium cars and the world's biggest manufacturer of commercial vehicles with a global reach. Daimler Financial Services provides its customers with a full range of automotive financial services including financing, leasing, insurance and fleet management.

The company's founders, Gottlieb Daimler and Carl Benz, made history with the invention of the automobile in the year 1886. As an automotive pioneer, Daimler continues to shape the future of mobility. The Group applies innovative and green technologies to produce safe and superior vehicles which fascinate and delight its customers. With the development of alternative drive systems, Daimler is the only vehicle producer investing in hybrid drive, electric motors and fuel-cell systems, with the goal of achieving emission-free mobility in the long term. This is just one example of how Daimler willingly accepts the challenge of meeting its responsibility towards society and the environment.

Daimler sells its vehicles and services in nearly all the countries of the world and has production facilities on five continents. Its current brand portfolio includes, in addition to the world's most valuable automotive brand, Mercedes-Benz, the brands smart, Maybach, Freightliner, Western Star, Fuso, Setra, Orion and Thomas Built Buses. The company is listed on the stock exchanges of Frankfurt and Stuttgart (stock exchange symbol DAI). In 2009, the Group sold 1.6 million vehicles and employed a workforce of more than 256,000 people; revenue totaled €78.9 billion and EBIT amounted minus €1.5 billion.