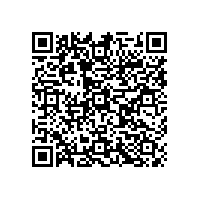 Subscribe to news
(PresseBox) ( Altdorf, 10-08-20 )
The Daetwyler Group increased net revenue by 19.5% to CHF 677.0 million in the first six months of 2010. The recovery of key markets and the firsttime consolidation of Reichelt Elektronik contributed to this figure. Better capacity utilisation and streamlined cost structures enabled the Group to achieve profitability almost on a level with previous years, posting an EBIT margin of 10.4%. At CHF 51.0 million, the net result virtually doubled compared with the year before. Daetwyler is optimistic about the full year and expects the stable development of demand to continue.

The markets relevant for Daetwyler stabilised in the first half of 2010. The manufacturing and construction industries experienced a slow and uneven recovery, while the automotive industry developed more dynamically than generally expected. Demand from the pharmaceutical industry remained stable. Overall, the Daetwyler Group's net revenue in the first six months grew 19.5% yearonyear to CHF 677.0 million (previous year CHF 566.4 million). Reichelt Elektronik, which has been consolidated since the start of 2010, contributed 74.8 million or 13.2% to the Group's revenue growth. Exchange rate movements had a negative impact of - 2.0%. Organic growth adjusted for these two factors came to 8.3%.

Better capacity utilisation and streamlined cost structures enabled the Group to achieve profitability almost on a level with previous years. A systematic focus on attractive niche markets once again paid dividends in all four divisions in the first half of 2010. Both operating profit (EBIT) and the net result doubled compared with the year before to CHF 70.7 million (previous year CHF 33.1 million) and CHF 51.0 million (previous year CHF 26.3 million) respectively. The EBIT includes a foreign exchange loss of CHF 1.9 million (previous year a gain of CHF 0.1 million). The EBIT margin was 10.4% (previous year 5.8%) and thus above the middle of the target range of 8% to 12%. The consolidation of Reichelt Elektronik had a positive effect on the EBIT margin. The result also includes pro rata oneoff costs, prepayments and accrued income totalling CHF 3.5 million for the transfer of the existing ICT infrastructure to the announced outsourcing arrangement and impairment charges on hardware and networks of CHF 1.4 million.

The markets served by the Technical Components Division developed differently. The catalogue distribution business with the Distrelec, ELFA and Reichelt Elektronik brands recovered in all the regions in which these companies operate, with business more dynamic in Eastern Europe than in Central and Northern Europe. The Maagtechnic specialist distribution business continued to suffer from the persistent weakness of the exportoriented mechanical engineering industry in Switzerland. The first positive signs came from Southern Germany and France, where demand from the manufacturing industry grew slightly in the first six months. Overall, net revenue from existing business increased slightly. The 30.0% increase in net revenue to CHF 328.7 million (previous year CHF 252.9 million) was largely due to the firsttime consolidation of Reichelt Elektronik from the start of 2010. The restructuring programmes carried out in 2009 had an impact on costs. A more than CHF 20 million slimmer cost structure and the contribution made by the wide margins generated by Reichelt Elektronik resulted in an operating profit (EBIT) of CHF 33.1 million (previous year CHF 3.1 million). The EBIT margin was 10.1% (previous year 1.2%). The impact of currencies was negligible at Group level.

The acquisition of Reichelt Elektronik at the start of 2010 marked Daetwyler's second strategic surge in growth within two years in catalogue distribution for industrial electronics, automation and computer accessories. The systematic further development of Daetwyler's strategy to expand its distribution activities increased the value of previous takeovers and existing core business in the Technical Components Division. The integration of Reichelt Elektronik is on schedule. Major synergy projects have already been implemented successfully through collaboration between Distrelec and ELFA. These companies have combined their product management and catalogue production activities and have gradually optimised procurement. Targeted expansion of the product range and a greater emphasis on internet platforms are the central elements of the company's organic growth strategy. The focus here is on expanding the market position in Eastern Europe. In addition, Daetwyler will grasp future opportunities to make acquisitions in keeping with its strategy for catalogue distribution.

The specialist distribution company Maagtechnic completed the restructuring measures started in 2009. The centralisation of warehousing at the modern logistics centre in Dübendorf streamlined the cost structure. The company generated an acceptable operating profit in the first half of the year in view of the persistently challenging industrial landscape. The realigned customer and product range strategy was introduced successively. At the same time, Maagtechnic initiated projects to expand the product range and market with a view to boosting demand. Various procurementrelated measures enabled the company to maintain its gross margin in the first six months.


We are cautiously optimistic about the prospects for the rest of the year in the Technical Components Division. Strong market positions and competitive cost structures will enable the Daetwyler distribution companies to profit from the emerging recovery. The Technical Components Division has been headed by Markus Heusser since the start of August. He succeeds CEO Paul J. Haelg who has given up this dual responsibility, which he took on in 2004, to focus more intensively on managing the Daetwyler Group as a whole.

The Pharmaceutical Packaging Division, operating as Helvoet Pharma, consolidated its growth course in the first half of 2010. Net revenue grew 4.8% to CHF 153.9 million (previous year CHF 146.9 million). Organic growth was 9.6% in currencyadjusted terms. Operating profit (EBIT) rose 7.7% to CHF 22.3 million (previous year CHF 20.7 million). As a result the EBIT margin increased to 14.5% (previous year 14.1%). The impact of currencies was negligible. The markets for highquality pharmaceutical packaging components continue to develop very positively. Helvoet Pharma's new clean room production facility "FirstLine" in Alken, Belgium, places it in an ideal position to take advantage of this trend. In the USA the company has implemented and validated a comparable modern clean room production concept and has put it into operation. Helvoet Pharma has thus created the basis for further boosting its competitiveness in the important American pharmaceutical market. At the same time, the project work for the construction of a production facility in India was started. Raw material costs must be expected to increase in the second half of the year as the economy recovers. However, the wellfilled order books and the many new projects in highvalue biopharmaceutical markets make Daetwyler confident that Helvoet Pharma can build on both revenue and results in the second half of the year.

The Cables Division, operating as Daetwyler Cables, managed to increase revenue in most markets in the first half of 2010. It even experienced aboveaverage growth in Germany and the Chinese domestic market. Sales in Central and Eastern Europe and in the Middle East remained weak, however. Overall, net revenue recovered yearonyear by 10.8% to CHF 119.0 million (previous year CHF 107.4 million). Currencyadjusted growth was 13.4%. Taking copper prices in the previous year as a basis, net revenue increased 4.0%. Gross margins were under great pressure in the first half of 2010. This was a result of the massive decline of the euro against the Swiss franc and the rapid increase in copper prices. This resulted in a decline in operating profit (EBIT) by 11.6% to CHF 6.1 million (previous year CHF 6.9 million). This represents an EBIT margin of 5.1% (previous year 6.4%). There was a foreign exchange loss of CHF 1.2 million (previous year a gain of CHF 0.3 million). The EBIT includes the profit from the disposal of properties not required for operations, which amounted to CHF 1.1 million (previous year CHF 2.4 million). As part of its new overall strategy, Daetwyler Cables was able to acquire its first turnkey projects in glass fibre networks as a general contractor. The associated upfront investments in human resources meant that these projects did not make any noteworthy contribution to results in the period under review, but they have potential for the future. As a result of the presumably longerterm weakness of the euro, Daetwyler Cables is in the process of making a detailed analysis of structures and processes in production and sales with the aim of adapting to the more difficult operating environment as quickly as possible. We expect the markets served by Daetwyler Cables to grow slightly in the second half of the year, although its performance is likely to remain impaired by currency effects and volatile copper prices.

The Rubber Division, operating as Daetwyler Rubber, increased revenue and results substantially in the first six months of 2010. The marked recovery of the automotive industry and the development of the major contract from the consumer goods industry, which is continuing as planned, led to a 25.0% increase in net revenue to CHF 77.1 million (previous year CHF 61.7 million). Currency effects were negligible. Greatly increased capacity utilisation combined with an optimised cost base resulted in considerably increased profitability. The transfer of production for the NAFTA region from the USA to Mexico was completed successfully with the closure of the American site in Marion. This created a oneoff positive effect of CHF 1.7 million. Compared with the previous year, which was weak as a result of the crisis, operating profit (EBIT) increased roughly fourfold overall to CHF 9.2 million (previous year CHF 2.4 million). There was a foreign exchange loss at EBIT level of CHF 1.1 million (previous year a gain of CHF 0.1 million). The EBIT margin improved from 3.9% to 11.9%. Daetwyler expects capacity utilisation to remain high in the second half of the year at the production sites in the Rubber Division. The development of results will be affected increasingly by volatile currency markets and by the strong Swiss franc in particular, and by rising raw material prices.

Daetwyler is optimistic about the full year and expects the stable development of demand to continue. Including Reichelt Elektronik, which was consolidated for the first time this year, the Group should achieve net revenue of at least CHF 1,300 million despite the second six months being traditionally weaker. The trend towards rising raw material prices and the persistently weak euro will have a negative impact on the gross margin in the second half of the year. Yet management is confident that the strong market positions and competitive cost structures of the Daetwyler Group will produce an EBIT margin for the full year within the previously defined target range of 8% to 12%.

The Daetwyler Group is an international multiniche player dedicated to industrial supply and distribution of engineering and electronic components. Our activities concentrate on attractive niches that offer opportunities to increase value added and sustain profitable growth. The Group's four divisions - Technical Components, Pharmaceutical Packaging, Cables and Rubber - are focused on the manufacturing, pharmaceutical and datacom industries. Our strategy is built on delivering innovative solutions and positioning ourselves as a competent development partner for our customers. With more than 40 operating companies, sales in over 80 countries and some 4 600 employees, the Daetwyler Group generates approximately CHF 1 300 million in revenue. Daetwyler has been listed on the SIX Swiss Exchange since 1986 (security number 3048677).