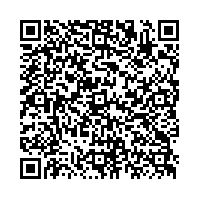 Subscribe to news
(PresseBox) ( San Diego, 10-04-22 )
Cytori announces the product launch of PureGraft 250, a revolutionary fat grafting technology that standardizes the graft preparation process for use in aesthetic body contouring at the American Society of Aesthetic Plastic Surgeons (ASAPS) meeting.

"PureGraft is a gamechanger in the world of fat grafting," says San Diegobased plastic surgeon Steven Cohen, MD. "The system offers high speed and sterile preparation of a viable and functional fat graft that is ready to inject, and takes a third of the time to prepare three times the graft."

According to the American Society of Aesthetic Plastic Surgeons, over 46,000 autologous fat injection procedures were performed in the US in 2008. These procedures include adding volume to facial areas such as cheeks, tear troughs, chin and jowls, as well as reshaping the breasts and enhancing the buttocks during aesthetic body contouring. Up until now, fat grafting methods and results varied widely among practitioners. Common complications included skin irregularities, contour defects, prolonged bruising and swelling, excessive resorption as well as inconsistent outcomes.

The PureGraft System sets a new standard for fat graft processing due to its speed, simplicity, safety and precision. The ease of use and simplicity of this innovative system sets it apart from other fat grafting methods. As a result, processing takes only 15 minutes from fat extraction to delivery, irrespective of volume. The volumes that can be processed range from 50 to 250 mL.

The PureGraft technology enables the physician to purify a fat graft and remove excess 'graft fluid' in a controllable manner on the sterile field. This is accomplished without centrifugation or other motorized methods. The fat is added to the system and 15 minutes later, free lipid, blood cells, infusion chemicals and excess fluid are removed. PureGraft technology 'dialyzes' off everything but the pure fat tissue.

"PureGraft is an FDAcleared device that is indicated for cosmetic 'body contouring' procedures using autologous fat grafts," stated Marc H. Hedrick, M.D., President of Cytori. "Although PureGraft is simple to use, the technology behind it is unique. PureGraft selectively filters the graft using dialysis membranes in a process best called lipodialysis. We believe lipodialysis will be the new standard in fat graft preparation."

Cytori is an emerging leader in providing patients and physicians around the world with medical technologies, which harness the potential of adult regenerative cells from adipose tissue. The Celution(R) System family of medical devices and instruments is being sold into the European and Asian cosmetic and reconstructive surgery markets but is not yet available in the United States. Our StemSource(R) product line is sold globally for cell banking and research applications. www.cytori.com

3D printing as a new feature in preoperative orthopedic planning