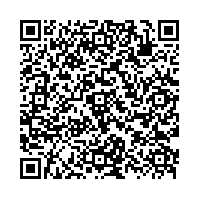 Subscribe to news
(PresseBox) ( San Diego, 10-07-27 )
Cytori Therapeutics (NASDAQ: CYTX) received expanded European approval (CE Mark) for its Celution(R) System, a medical device that extracts and separates stem and regenerative cells from a patient's own fat tissue. The new indications include key medical applications such as breast reconstruction, repair of soft tissue defects, as well as the facilitation of healing certain types of wounds, such as those resulting from Crohn's disease. This broadens Cytori's ability to offer the Celution(R) System to patients and hospitals and further supports the company's efforts to gain treatment reimbursement.

Cellenriched reconstruction is an innovative single treatment procedure that addresses a variety of soft tissue defects and conditions, including the unmet physical and psychological needs created by partial mastectomy. This approach uses a woman's own fat tissue combined with her own naturally available adiposederived stem and regenerative cells to form a 'cellenriched' fat graft, which is used to reconstruct the affected breast or other soft tissue defects.

Clinical data from Cytori's RESTORE 2 breast reconstruction trial in Europe and other wound repair clinical studies were used to support the expanded indications. The previously approved indications for use on the Celution(R) System remain active and unchanged. The new indications specifically cover the Celution(R) System for the digestion of adipose tissue to extract, wash and concentrate a patient's own stem cells and other associated cells for use in the following procedures:

Preparation and implantation of autologous cellenriched fat grafts for cellenriched breast reconstruction, the first approval for a regenerative technology for this application, as well as for other soft tissue defects;

Preparation and implantation of autologous cellenriched fat grafts for elective procedures, such as breast and buttocks augmentation and facial applications;

The delivery of the Celution(R) System cellular output to facilitate healing of rectal and vaginal fistulas (wounds) resulting from Crohn's disease, the first stem cellbased approval in Europe for this condition.

"The expanded indications improve our ability to provide the Celution(R) System to European hospitals in addition to the privatepay plastic and cosmetic surgery clinics," said Marc H. Hedrick, M.D., president of Cytori. "These claims, coupled with our expanded focus on reimbursement, will make this technology more broadly available, not just for a wider range of procedures but to a greater population of patients."

More than 370,000 women are diagnosed with breast cancer in Europe every year, the majority of whom are eligible to undergo a partial mastectomy, conserving as much of the unaffected breast as possible. Although the goal is to protect as much of the patient's own tissue, the procedure can create a deformity that can be extremely difficult to repair, and most patients have limited reconstructive options. While there are several reconstructive options for women that have a full mastectomy, there is no uniformly accepted standardofcare for partial mastectomy patients adopted by any country or medical society.

Interim results from Cytori's RESTORE 2 trial show stem and regenerative cellenriched fat grafting using the Celution(R)800 System resulted in a high sustained rate of physician (84% and 90%) and patient (73% and 70%) satisfaction and persistent improvements in overall outcomes of the procedure at six and 12 months respectively. The Celution(R) System is the only device approved under the European medical directive for separation and reimplantation of stem and regenerative cells residing in adipose tissue.

Cytori is a leader in providing patients and physicians around the world with medical technologies that harness the potential of adult regenerative cells from adipose tissue. The Celution(R) System family of medical devices and instruments is being sold into the European and Asian cosmetic and reconstructive surgery markets but is not yet available in the United States. Our StemSource(R) product line is sold globally for cell banking and research applications. For more information, log on to www.cytori.com.