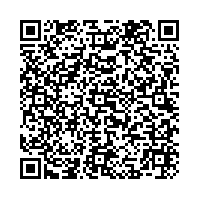 Subscribe to news
(PresseBox) ( Dedham, 09-07-17 )
The jailing of three brothers in London on charges of scamming credit and debit card companies of more than 600,000 pounds highlights the need for companies to be take extreme care when handling customer's financial details, says Cyber-Ark, the digital data vaulting expert.

The Charmaga brothers case, says Mark Fullbrook, Cyber-Ark's UK and Ireland director, in which the three men created a raft of fake payment cards - using data sourced through illegal channels - and used them to draw cash from ATMs, as well as make luxury goods purchases, shows how valuable stolen card data can be.

"Card fraud hit a five-year high in the UK last year and this case is just the tip of iceberg. Granted, the three brothers have received more than 11 years in prison between them, but they have left a trail of financial devastation behind them,~ he added.

And with card fraud approaching the 170 million pounds mark last year in the UK alone, Fullbrook said that companies should now be protecting their customer's financial records more than ever before.

Chip & PIN technology, he explained, has dramatically reduced the level of retail card fraud involving the use of stolen, but legitimate cards, but criminals are now turning to cloning cards - often using data obtained illegally on the Internet - for their income stream.

The fact was rammed home, he says, when police confiscated around 600 cards ready to be used by fraudsters, as well as card details on more than 3,400 people's accounts in the possession of the brothers.

Stopping card fraud at the company level, he went on to say, is now a pre-requisite of effective security at any company that accepts plastic payments, whether in person, over the phone or on the Internet.

"And protecting that data is essential to protecting any company's reputation, so the use of data vaulting to protect customer's financial details is a must-have," he said.

If your company does not protect its customer records and card details are traced back to your firm, you run the risk of not easily being able to accept card payments in the future. That, coupled with the risks of reputational and legal damage, should be enough to persuade any company of the need to secure customer data," he added.

For more on the latest London criminal card saga: http://preview.tinyurl.com/ntkule