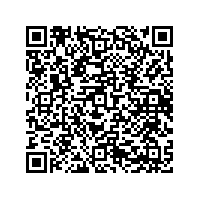 1.7 million reasons for local authorities to use privileged data access

Subscribe to news
(PresseBox) ( Dedham, 09-08-14 )
Reports that a number of local authorities are sacking staff for viewing personal data on the DWP's Customer Information System (CIS) comes as no surprise, says Cyber-Ark, but merely serves to highlight the need for highly privileged access to this kind of data.

According to Mark Fullbrook, the IT security vendor's European Director, taking a data silo approach to private data is now the optimum approach to allowing privileged access to information, as well as allowing the data to be shared between specific people on a carefully controlled - and encrypted - basis.

"It's interesting to note that Cardiff Council sacked a member of staff for looking at CIS information on celebrities. This was probably an employee looking to expend their knowledge of celebrities beyond the confines of Hello magazine, but that staffer could also have sold the data on to a national newspaper, so the fall-out for the council could have been very bad indeed," he said.

"It's also quite worrying that Computer Weekly's research has revealed that staff at 34 local authorities incorrectly accessed data on the CIS between 2006 and 2009, but that only nine members of staff were actually dismissed," he added.

Clearly, says Fullbrook, these incidents are 34 too many, but given the fact that local government employs 1.7 million full-time employees (source: http://tinyurl.com/pl9luj) - that's one in 35 of the UK's population - rogue employee actions of this nature are inevitable.

This is why it is essential that effective privileged controls be placed on the viewing and exchange of CIS data by local authorities across the UK, he explained.

And, he went on to say, the technology required - centering on highly secure storage and privileged email-driven exchange of the data - now exists to control access to the large databases such as the CIS.

"Our own Inter-Business Vault technology is a prime example of this, as it allows privileged access to the data, as well as allowing encrypted and auditable sharing of data between nominated members of staff as and when required," he said.

"There is simply no excuse for the UK's 430-plus local authorities not to use the technology that is available. And there are 1.7 million reasons for this," he added.