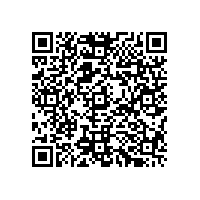 The worldwide masters of time and lasers meet in Neuchâtel

Subscribe to news
(PresseBox) ( Neuchâtel, 14-06-24 )
From 23 to 26 June, Neuchâtel will be the world's Time-Frequency technology capital, with applications ranging from metrology to telecommunications, but also satellite positioning, management of energy distribution networks, or time bases for computers and mobile phones. The 2014 European Frequency and Time Forum (EFTF) will host an exceptional guest: Serge Haroche, Nobel Prize in Physics 2012. Some 400 participants are expected to attend.

Organized by the Time Frequency Laboratory (LTF) of the University of Neuchâtel (UniNE), CSEM and FSRM (Swiss Foundation for Research in Microtechnology), this event will be coupled with an exhibition featuring industrial enterprises coordinated by the Neuchâtel-based company Spectratime.

Carrying forward the expertise developed at the Neuchâtel Cantonal Observatory, which for decades has given the twelve thirty time signal on the French-language Swiss Radio, LTF and CSEM have joined forces to host researchers from all over the world as well as industrial enterprises and developers of applications that have become essential in our daily lives. As the highlight of the meeting, Serge Haroche, Nobel Prize in Physics in 2012, will discuss the use of devices very similar to an atomic clock to study the quantum nature of light. He will also discuss possible applications in metrology and information science (quantum computers, cryptography).

This will undoubtedly attract interest in the Neuchâtel region, the cradle of watchmaking, microtechnology and acknowledged expertise in the field of atomic clocks, oscillators and high-performance lasers. A number of these devices will also be presented on this occasion.

CSEM researchers will present, amongst others, some of the best-performing pulsed lasers ever demonstrated and designed to improve radar and optical atomic clocks. They will also show some high performance miniature electronic systems (MEMS resonators) developed for mobile applications with low energy consumption and essential for use in tablets, mobile phones and computers.

CSEM SA, founded in 1984, is a private Swiss research and technology organization specializing in microtechnology, nanotech-nology, microelectronics, systems engineering, photovoltaics, and communications technologies. It plays a key role in encouraging innovation and technology transfer between science and industry. More than 400 highly qualified and specialized employees from various scientific and technical disciplines work for CSEM in Neuchâtel, Alpnach, Landquart, Muttenz, and Zurich.

Additional information is available at www.csem.ch