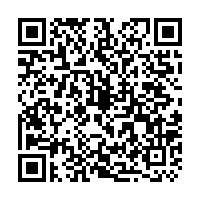 The quartz watch is 50 years old!

CSEM celebrates the beginning of microelectronics in Switzerland

(PresseBox) ( Neuchâtel, 17-09-05 )
Fifty years ago, the world’s first quartz wristwatch saw the light in the laboratories of the Centre Electronique Horloger (CEH). As heir to the avant-garde genius of the Swiss pioneers at its origin, CSEM is paying tribute to those who developed the technology which has made a life-long change to watchmaking. Following this innovation, their work was to enable Switzerland to acquire leading-edge know-how in miniaturized electronics – a first step in the digital revolution.

“Beta 1” and “Beta 2” were the code names of the first quartz-based electronic wristwatches, presented discreetly in 1967 at the annual precision competition of the Swiss Society of Chronometry. Available in several models, these prototypes developed in Neuchâtel made the headlines several months later. They picked up the first ten places in the competition, which opposed Swiss and Japanese timepieces. The watches presented by Seiko, based on a closely related technology, had to be content with consolation prizes.

An equation with three unknowns: precision, miniaturization and low consumption

Accustomed to tapping on our smartphones, it’s difficult for us today to appreciate the achievements of the engineers and scientists at the CEH which – having merged with two other laboratories – became CSEM (Swiss Center for Electronics and Microtechnology) in 1984. In the sixties, microelectronics was still in its infancy. The creation of an electronic watch notable for its precision was to be a major challenge: large-scale quartz clocks already existed, but their consumption was excessive for a wristwatch and the capacity of batteries at that time.

It would take five years’ work for the CEH team to develop the innovation that changed the nature of watchmaking, this culminated in the ultimate recognition with the publication of the competition results in 1968. The less-than-ideal start to the adoption of quartz technology in Switzerland didn’t prevent these engineers and scientists from continuing to build up and innovate in their specialty. They went on to create a unique industrial environment and culture for miniaturized electronics in the region of Neuchâtel. In fact, it was a quartz watch, the Swatch, that later enabled the revival of Swiss watchmaking.

A ubiquitous technology in our daily lives

As guardian of this heritage, CSEM is celebrating – on September 5 in Neuchâtel – the 50th anniversary of the first quartz watches. After a speech by Daniel Borel, the founder of Logitech, a round-table discussion led by Xavier Comtesse will bring together key players from microelectronics to debate the challenges being faced in this domain, a key factor in current technological change. Microelectronic devices and components, coupled with artificial intelligence, are in fact the basis of the digital revolution which is presently taking place. Switzerland, with CSEM at the forefront, will continue to play a leading role in developing these technologies.

From the first wearable to a hyperconnected world

CSEM—technologies that make the difference

Further information is available at www.csem.ch