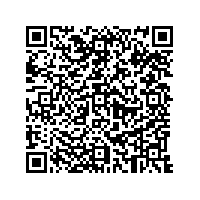 The new facility is built on the 10,000 square meter, or about two and a half acre land plot owned by Crown. The three business divisions represented at this location are Crown Relocations, Crown logistics and Crown Records Management Services. Being the first international standard warehouse in Mongolia, Crown's new facility is a leader of its kind in the country. Along with other impressive features implemented in the facility, Crown has invested in environmentally friendly systems such as carbon offset, rainfall collection/recycling system, efficient temperature control system and solar panels. There is an additional 6,500 square meter, or approximately one and a half acre plot of land that is reserved for phase two of the project; securing Crown land for future expansion.

The grand opening ceremony at the facility featured live entertainment and great sampling of local fares. The guests were offered facility tours as well as various interesting information on Crown's business divisions. Jim Thompson introduced Crown Mongolia's branch manager, Enkhjargal Luvsansharav. Luvsansharav, who has been with Crown for over eleven years and has proven success in team leadership and business expansion.

Mr. Thompson also gave a rousing speech at the event. He commented, "During our years of doing business here we have seen the continual growth and development of Mongolia and we believe very strongly in the future of this country. We have also seen the world becoming more aware of the exciting opportunities in many fields here and I strongly believe the next ten to twenty years will see some far greater growth than what we have seen in the last decade. We hope this growth will improve the welfare of all Mongolians and it will see the infrastructure of this amazing country with it is rich culture be modernized. We, at Crown, want to be here to support and take part in the future development of Mongolia.

It is for these reasons that we have now taken the step to invest in this new facility and we are convinced that we can serve our clients here much more efficiently by having a warehouse such as this."