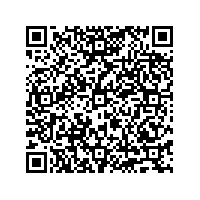 Survey uncovers a staggering number of obsessed workers are taking their laptops to bed, much to their partners annoyance

(PresseBox) ( London, 09-05-19 )
Over a quarter of UK employees are so work obsessed they can't resist using a mobile device such as a laptop in bed before they go to sleep according to a survey released today by CREDANT Technologies - the endpoint data protection specialists. The survey discovered that of those people who do work in bed, 57% do so for between 2 and 6 hours every week, little wonder that the survey also found that the majority of their bed companions found their partners' obsession with their mobiles "a very annoying habit". A staggering 8% of people admitted that they spend more time on their mobile devices during the evening than talking to their partners!

The survey into "Laptop use in bed and the security implications" was conducted amongst 300 city workers who were interviewed to determine whether the UK has become a nation of work obsessed, laptop dependent, key tappers and to highlight the security implications of unsecured mobile devices. Almost half the respondents (44%) admitted they are holding important work documents on their mobile devices of which 54% were not adequately secured with encryption. This will sound alarm bells for the many in-house IT departments who are tasked with trying to secure an ever increasing mobile workforce who are using data on the move and consequently losing more unsecured data than ever before.

Additionally snooping neighbours or even malicious infiltrators could hack into the devices that are being used in bed, as a fifth of people are not using a secure wireless network as they busily tap away under their duvets.

Michael Callahan, Vice President at Credant Technologies explains "This survey confirms that there is a growing population that is no longer restricted by working hours or confined to the office building itself. People are mobile and will work anywhere - even in bed. Therefore, when sensitive and valuable data is being held on these devices and they get lost, it can have pretty detrimental and far-reaching consequences to both the worker and their employer."

"With increasing pressures on companies to comply with regulations, such as the Data Protection Act, we all have to respect our customers and employers by protecting the data held on our mobile devices, where ever we may be."

The most favoured way to connect to the Internet, and subsequently back to the office, whilst lying in bed is via a wireless network (87%). Disturbingly, almost a fifth of people spoken to are using a wireless network that they know is insecure, with 56% down/uploading company information.

When staying in hotels, people are happy to connect to the hotel's wireless network, expecting the hotel to ensure it's secure. 47% admit that they do so without even considering the security implications.

When asked "What is the last thing you do before going to sleep" it is reassuring to learn that, for 96% of the people questioned, it is kiss their partners goodnight. For the other 4%, (71% of which are male), who confess to completing work and checking their emails it would be advisable for them to take a long hard look at their gadget obsessed lives.

Credant recommends the following simple hints and tips to ensure data remains secure, especially when working in your pyjamas :

- Tip One : If your laptop or mobile device contains important / sensitive data relating to your employer, especially clients' information, then the data protection act requires it be adequately protected. Ask your IT department to encrypt the mobile device.

- Tip Three : Be aware of all the points of connection and access so you don't risk disclosure.

- Tip Five : Finally, use your bedroom for what it's designed for. And, if you're not feeling sleepy, your laptop is the last thing you should be turning to!

- This survey was conducted in the City of London, amongst 300 city workers during April 2009 for Credant Technologies.

- A video of this release is available to download without copyright restrictions at: http://www.credant.com/resources/videos/laptop-use-in-bed.html

- A representative of Credant is available for video interviews with your editorially controlled questions please contact Yvonne to organise your own unique video footage to accompany this release. There is no charge for this service.

CREDANT® Technologies is the market leader in endpoint data protection solutions. CREDANT's data security solutions mitigate risk, preserve customer brand, and reduce the cost of compliance, enabling business to "protect what matters." CREDANT Mobile Guardian is the only centrally managed endpoint data protection solution providing strong authentication, intelligent encryption, usage controls, and key management for data recovery. By aligning security to the type of user, device, and location, CREDANT permits the audit and enforcement of security policies across all computing endpoints. Strategic partners and customers include leaders in finance, government, healthcare, manufacturing, retail, technology, and services. CREDANT has been recognized by Inc. magazine as the #1 fastest growing security software company in 2008 and 2007; was selected by Red Herring as one of the top 100 privately held companies and top 100 Innovators; and was named Ernst & Young Entrepreneur of the Year® 2005. Austin Ventures, Menlo Ventures, Crescendo Ventures, Intel Capital (NASDAQ:INTC), and Cisco Systems (NASDAQ:CSCO) are investors in CREDANT Technologies. For more information, visit www.credant.com.