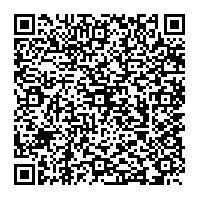 Sand, Sea and Stressed as economy blamed for causing paranoia when leaving the office to jet abroad for summer holidays!

With bags packed, flights booked and foreign currency in their pockets the workforce might be jetting off but they're definitely not leaving the daily grind behind. Instead these stressed out individuals, a whopping 95% of our sample, will be taking their mobiles and smartphones abroad with them with the expectation of working. That's the remarkable findings of a survey, conducted by CREDANT Technologies amongst 1,000 office workers in London, which discovered 65% of those questioned that plan to take a summer break overseas will remain in contact with the office, check email accounts and text to ensure things stay on track during their absence. Almost half of those who plan to check emails will do so at least once a day even though they should be laying back and taking a well earned break.

Diligent, Stressed, Paranoid or Laid Back - which are you?

57% blamed being a work junky on the current economic climate making it important that they are reachable while away. 39% believe, rightly or wrongly, that their bosses actually expect to be able to contact them nowadays when taking annual leave.

In a repeat of its study, first conducted two years ago, to measure "mobile habits, leisure and security" CREDANT has found that 64% of those questioned this year will take a laptop with them on their travels compared with just 33% in 2008. Unfortunately for those companies employing these dutiful workers a shocking 66% will be unencrypted and 51% left totally insecure without even a password for protection! Let's hope they're not left behind at the airport, in a café or on the beach.

Speaking on these results, Darren Shimkus, Worldwide SVP of Marketing at CREDANT Technologies said; "We seem to have changed to a global population of workaholics. Only 35% of our respondents have no contact whatsoever with work during their holiday which puts them firmly in the minority. Although on the surface this may seem like a good trend, especially for cash struck organisations, we deal with the aftermath from these industrious workers when company secrets have gone AWOL. The harsh reality is that when corporate information is accessed from a mobile device, whether it's personal or company owned, and it's misplaced there are consequences."

"Who's to blame? Is it the employee who just can't let go or the employer for making them feel that they have to be accessible in the first place? Regardless of why it's happening and with data privacy regulations getting harsher all the time, our advice to the corporate world is don't leave security up to your staff, do it for them, especially as the Information Commissioner's Office are under pressure to flex its new muscle and fine up to £500K for data breaches. Take the opportunity to reevaluate your security - especially of your mobile devices, and perhaps invest in some holiday insurance of your own."

CREDANT Technologies is the market leader in endpoint data protection solutions that are critical components of an endpoint protection platform. CREDANT's data security solutions preserve customer brand and reduce the cost of compliance, enabling business to "protect what matters." CREDANT Mobile Guardian is the only centrally managed endpoint data protection solution providing strong authentication, intelligent encryption, usage controls, and key management that guarantees data recovery. By aligning security to the type of user, device and location, CREDANT ensures the audit and enforcement of security policies across all computing endpoints. Strategic partners and customers include leaders in finance, government, healthcare, manufacturing, retail, technology, and services. CREDANT was selected by Red Herring as one of the top 100 privately held companies and top 100 Innovators for 2004, and was named Ernst & Young Entrepreneur Of The Year 2005. Austin Ventures, Menlo Ventures, Crescendo Ventures, Intel Capital, and Cisco Systems are investors in CREDANT Technologies. For more information, visit www.credant.com.