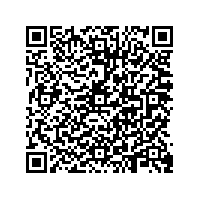 COR&FJA publishes financial data for the first half of 2012

Turnover is on target, result falls short of expectations / Budget figures for 2012 recently revised down

Just a few days ago, COR&FJA AG reduced its turnover and earnings forecast for the current 2012 financial year: instead of 145.0 million euros as previously planned, aggregate turnover in 2012 is expected to be between 138.0 and 143.0 million euros, while earnings before interest, taxes, depreciation and amortisation (EBITDA), previously budgeted at 9.0 million euros, have now been reduced to a bandwidth of between 3.5 and 6.0 million euros.

This adjustment in turnover and earnings was necessitated by two factors in particular: for one thing, at the moment it is not yet foreseeable when a planned large-scale project in the Banking division, which was due to be launched in the first half of 2012, is actually going to be realised, and for another, an ongoing major project in the Insurance division is involving considerably greater expense than the plans for the 2012 financial year had foreseen. The direct financial effects of the aforementioned factors on the current financial year cannot be offset entirely by the highly successful Life Insurance segment. Basically, the pleasingly stable business generated with COR&FJA's existing customers is leading to numerous follow- up orders that are partly compensating for the current sluggish state of new business.

As a result of these developments, COR&FJA is expecting to see a positive turnover and earnings trend over the next few years.

The COR&FJA Group is one of the leading software and consulting companies for the European financial services industry, focusing on insurance companies, banks and providers of company pension funds. Its service spectrum ranges from standard software and the provision of consultancy services to the assumption of IT operations (application service providing). The COR&FJA Group, which has its head office in Leinfelden-Echterdingen and offices in Munich, Aachen, Düsseldorf, Frankfurt, Hamburg, Kiel, Cologne and St. Georgen, as well as subsidiaries in the Netherlands, Denmark, Austria, Switzerland, Slovakia, Slovenia, Poland, the Czech Republic, Portugal, Spain and the USA, currently employs nearly 1,200 staff.