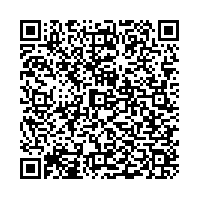 (PresseBox) ( Cerritos, 10-08-24 )
Indyme Solutions, Inc. has been the leader of modern retail communications solutions for the last 20 years. Whether a shopper needs assistance, a cashier requires managerial support, or a security door is unexpectedly opened, relaying information to the appropriate personnel is critical to ensure a rapid response.

Enterprise Management software, retail providers can conveniently manage and process alarm triggers from thousands of sources via a centralized system. Those alarm triggers can then be automatically dispatched to a variety of electronic notification devices such as mobile computers, PDAs, wireless phones, twoway radios, and instore PA systems.

Indyme chose Corelis boundaryscan tools to execute their high volume go/nogo production testing and programming. By taking advantage of Corelis' ScanExpress Runner GANG system, Indyme was able to realize much higher throughput during production runs, allowing them to manufacture and test products at a pace to match growing product demand.

During a recent production run, a significant number of unexpected failures were coming off the line. Investigation into the problem showed that not all boards were defective, but enough to indicate a deeper, intermittent problem was evident.

Initially, Indyme attributed the failures to a particular BGA device on the PCA that had a history of problems in manufacturing. Reflowing several suspect components was met with mixed success. "It was clear that we were hitting the right spot, but we had not found the root cause," said Bob. "Our existing production tests could not directly identify the problem and the high number of faults were adding significant cost to the manufacturing and repair processes.

Our interim resolution of replacing expensive parts was less than ideal."

Bob opted to add Corelis' unique Advanced Diagnostics (ADO) module to their existing system to inject diagnostic visibility into the problem. "We had been primarily using Corelis tools for high volume go/nogo decisions as well as chip programming," stated Bob. "However, this set of circumstances required a tool that could help identify the root cause of our problem. Luckily Corelis already had a software module with this capability."

Once installed, ScanExpress ADO was able to quickly and accurately identify the fault down to the pin and net level, leading debug efforts by the manufacturer straight toward one particular Plated Through-Hole (PTH) in the PCA. Cross sectional photos of the PTH were taken, revealing poor copper plating due to excess drilling residue. With the source of the problem now identified, action was taken to update the manufacturing process, ultimately resulting in improved yields. "Corelis boundaryscan with ScanExpress ADO really saved the day by identifying these early stage production problems. It quickly identified the issue so that we could take corrective action," claimed Bob.

"With just this one fault identification, the Corelis boundaryscan tools provided a return on our investment far beyond expectations. If you have BGA parts in your product, boundaryscan is a requirement. It isn't really an option if you're serious about testing."