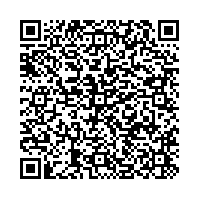 latest addition to its GB-X Series of appliances that feature a nextgeneration storage architecture combined with highly innovative software technology and advanced power management design in an easytouse, costeffective package purposebuilt to bring the efficiencies of data deduplication beyond data protection and into the primary storage market. Consolidate-IT is the European distributor of GreenBytes.

The GB-1000 features a highly competitive price point while delivering realtime deduplication and restore performance. Unlike competing deduplication appliances, the 4TB GB-1000 provides the performance, as well as connectivity and data management features that allow it to operate superbly in either data protection or primary storage environments. Additionally, inline deduplication, in conjunction with productionlevel performance, also makes the GB-1000 ideal for virtualized environments where efficiencies of disk can reach above 50:1. The GB-1000 multiprotocol storage appliance offers enterpriseclass features including simultaneous support for both SAN and NAS connectivity, snapshots, remote replication, thin provisioning and a complete graphical management suite for configuration and system monitoring.

The GB-1000, when paired with backup software offerings such as those from Symantec, CommVault, BakBone, LaserVault and others, makes all the benefits of inline deduplicated diskbased backup an economic reality for the SMB. And with its extensive capabilities and features, the GB-1000 is also ideal for primary storage use in remote office applications, as well as departmental and multioffice backup and tape consolidation environments.

"With the introduction of the GB-1000, GreenBytes has designed an appliance that provides flexibility, ease of management, consistent performance, and the efficiencies of inline deduplication to storage administrators in the currently underserved SMB market," said Noemi Greyzdorf, research manager, IDC. "Market dynamics are driving businesses to demand more from their IT, and with its GB-X Series of NAS and SAN storage appliances, GreenBytes is delivering capital and operational cost savings while addressing emerging storage challenges with a cleanslate storage architecture."

"Seven Group is very excited about the release of the GB-1000 as we believe it perfectly addresses the demands of branch offices and departmental requirements at a new, gamechanging price point," said Douglas Atkinson, chief technology officer, Seven Group. "The GB-1000 nicely dovetails the GB-2000 and GB-4000 series platforms already available, and provides one of the most costeffective hub and spoke architectures in the industry. Where there has previously been a significant gap, the GB-1000 now addresses the specific needs of the SME customer with its features, performance and price."

"The GB-1000 delivers all the performance, features, total cost of ownership and return on investment advantages of our other GB-X Series appliances, but in a smaller, more costeffective package," said Bob Petrocelli, chief executive officer, GreenBytes. "The performance to price ratio of the GB-1000 is extremely compelling, especially for smaller enterprises, and we expect this will create additional opportunities in new markets."

GreenBytes product is backed by a strong warranty and a worldclass 7x24x365 customer support network.

The GB-X Series features solid state technology for tunable IO performance, as well as the industry's highest levels of scalability and reliability in an easytouse, costeffective package purposebuilt to bring the efficiencies of data deduplication beyond data protection and into the primary storage market. GreenBytes was founded in 2007 and is based in Ashaway, Rhode Island. For more information, visit: www.getgreenbytes.com.

Consolidate-IT is an European distributor with HQ in the Netherlands and offices in London and Koln. Founded in 2000 Consolidate was responsible for introducing EQL to Europe. Consolidate-IT is now distributing a complete 10 GbE (virtual) infrastructure, with experience and expertise in Networking, IP storage, HPC solutions and virtualisation. They work with business experts throughout Europe in promoting the new effective infrastructure, based upon 10GbE technology. The IT Department needs more advanced technologies that basically can deliver more for a lower price. The business today is looking for an ROI, to be compatible in the current economy. Virtualisation started with a few servers, it is now expanding to all the servers and the desktops (VDI). Decreasing the number of servers however demands higher throughput and lower latency, while the costs are reduced. Via partners Consolidate IT promotes the solution, low latency combined with faster SSD drives , increase the performance up to 10 X, while the cost can be reduced 90 %. Consolidate-IT supports the partners on how a 10 GbE virtual infrastructure can reduce the operational costs and increase the performance. Partners can help their customers with solutions that do deliver more speed for a lower price, like Consolidate-IT recently demonstrated at the CEBIT.