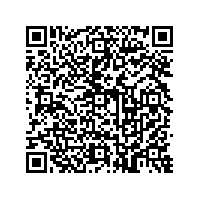 CommScope to Acquire Base Station Antenna Technology from Fractus

Subscribe to news
(PresseBox) ( Buchdorf, 19-10-11 )
CommScope, a global leader in wireless and wired technologies, has agreed to a technology transfer agreement as a result of a settlement with Fractus S.A., a Spanish company that developed key antenna technology for use in wireless base station antennas.

“We are excited about this agreement and believe that CommScope is a perfect partner to deploy our patented technology into its worldwide deployment of base station antennas,” said Ruben Bonet, president of Fractus.

CommScope’s extensive line of base station antenna systems help operators increase capacity, deploy with speed and efficiency and prepare for future networks such as 5G.

Fractus is an early pioneer in the development of internal antennas for smartphones, tablets and wireless internet of things devices. The company holds an intellectual property rights portfolio of more than 40 inventions protected through over 120 patents and patent applications in the United States, Europe and Asia.  Among the numerous awards the company has received for its innovative work, Fractus was named 2005 Davos World Economic Forum Technology Pioneer and has been recognized by the European Patent Office for its award-winning inventions. The company has a proven track record in innovation and licensing its award-winning geometry-based antenna technology to wireless device manufacturers in the USA, Europe and Asia.

CommScope (NASDAQ: COMM) and the recently acquired ARRIS and Ruckus Networks are redefining tomorrow by shaping the future of wired and wireless communications. Our combined global team of employees, innovators and technologists have empowered customers in all regions of the world to anticipate what’s next and push the boundaries of what’s possible. Discover more at www.commscope.com.

More than 20 products certified as TALQ-compliant