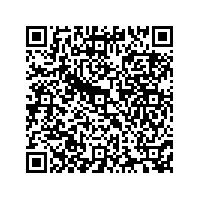 (PresseBox) ( Bern, 10-10-20 )
Comfone, an experienced leader in roaming and hub service technology, today announces that 23 new mobile network operator (MNO) customers from across Africa, Asia and Europe, have joined its new Data Roaming Solution on its successful Key2roam Hub. In addition to these new, fully operational customers implemented since the data solution was launched in May, more than 25 other networks are currently being added to the solution, with a growing number of further contracts being signed.

By embedding its new Data Roaming Solution on its well-known and successful Key2roam Hub, Comfone has taken the major step of extending the hubbing principle to data roaming. As a result, with all data roaming traffic now centralised on the hub, the set-up and maintenance of data roaming relations is drastically simplified and the operator's involvement is minimised to service and system debugging and troubleshooting within their own network.

Markus Bigler, Comfone's Senior Product Manager Hubbing, commented, "As we expected, the need for a simplified Data Roaming Solution is prevalent and operators are more than happy to be relieved of the need to manage their own complex data roaming set-ups. Our numerous roaming connections, which are now live and carrying data traffic, are working very reliably. Based on our long-standing experience with hubs, we can support operators with all their complex data roaming challenges and, with our Data Roaming Solution on Key2roam, offer them an excellent platform on which to manage all their data roaming issues."

Analysis of recent GPRS traffic on Key2roam shows a clear increase in data roaming traffic, compared to voice and SMS. GPRS traffic is, therefore, generating an ever increasing percentage of the roaming revenues, which, in certain relations, can be as high as 40%. Besides the popularity of such data-bearing services as Blackberry's support for email, mobile Internet access enabled by the plethora of smart phones entering the market offers huge potential for the generation of data roaming revenues. With average session times of around three quarters of an hour becoming the norm, these trends underscore industry forecasts emphasising that increases in data roaming traffic will result in substantial increases in roaming revenue. Therefore, the faster mobile network operators open additional GPRS relations by using Comfone's Data Roaming Solution, the earlier they profit from increased revenues.

Comfone, provider of roaming services to over 300 operators in over 130 countries worldwide, is known throughout the telecoms industry as an international mobile roaming specialist. The company's industry know-how owes itself to over ten years of experience in the roaming sector during which it has acquired unsurpassed customer-orientated, in-house expertise.

Through its unique portfolio and additional value added services, Comfone fully optimises the setting up of each operator's roaming processes, facilitating the opportunity of reducing overall costs. The portfolio ranges from the complete outsourcing of roaming services, to the provision of individual elements, such as signalling, data, convergence, clearing and WLAN services. Comfone's pioneering hub solutions provide mobile operators with worldwide coverage, interconnection and clearing through only one agreement with Comfone and one connection to Comfone's central platform.

Comfone's active participation in GSMA Working groups, the WiMAX Forum and the Wireless Broadband Alliance ensures that its innovative solutions are market-driven. From Comfone's headquarters in Switzerland and regional offices covering Northern and Eastern Europe, Latin America, North America, Central Asia and Asia Pacific, Comfone is well placed to support and meet the requirements of its substantial worldwide customer base. Learn more about Comfone at: www.comfone.com