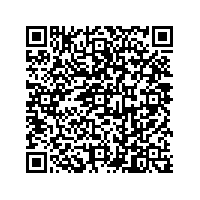 The Group's financial position continues to be strong, with cash and cash equivalents of ¤252.0m and net debt of ¤10.2m at the end of the quarter.

"Despite increasingly uncertain markets, COLT continues to make progress with further data revenue growth and improved earnings. I am confident that 2008 will be another year of progress for COLT and we continue to be comfortable with expectations for the year."

This Press Release is also available via the COLT website at www.colt.net.

FINANCIAL REVIEW
Unless indicated otherwise, the following commentary is based on nominal variances including exchange rate movements.

All comparatives are against the equivalent period of the prior year.

Data revenue from Major Enterprise customers increased by 8.3% to ¤134.1m (2007: ¤123.8m) due to growth in demand for Ethernet products and increased Managed Services revenues.

Voice revenue from Major Enterprise customers for the quarter decreased by 5.4% to ¤42.3m (2007: ¤44.7m), with 5.2pp of the decline arising in Germany due to continuing competitive pressures across the Voice market and reductions in mobile termination rates.

Voice revenue from SME customers for the quarter was ¤67.3m (2007: ¤74.5m). The rate of decline slowed to 9.7% from 11.9% in Q2 2008 of which 8.2pp related to Germany. The decline in Germany was driven by the continued decline in our legacy Carrier Pre-Select (CPS) product. The situation is exacerbated by mobile termination rate reductions and the disruption from the mobile operators' court challenge which has still not been wholly resolved.

Voice revenue from Wholesale customers for the quarter decreased by 7.9% to ¤78.8m (2007: ¤85.6m) of which 5.7pp was in Germany, driven by the Carrier Voice decline arising from the market disruption in that country.