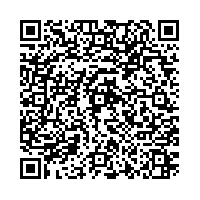 - Clive Ballard is Professor of Age Related Diseases, Co-Director of the Biomedical Unit for Dementia at the Institute of Psychiatry, Co-Director of the Wolfson Centre for Age Related Diseases, Kings College London and Director of Research for the Alzheimer's Society.
- Jonathan Corcoran is the founding Scientist of CoCo Therapeutics, Professor of Molecular Neurobiology and Director of the Neuroscience Drug Discovery Unit, Wolfson Centre for Age Related Diseases, Kings College London.
- Roy Lobb is a Consultant to the Biotech industry, specialising in early discovery research. Dr Lobb was a Co-Founder of Avila Therapeutics.
- Andrew Wood is a Venture Partner at Advent Venture Partners and formerly had responsibilities for European CNS R&D and business development at Eli Lilly & Co.
- Steve Butcher is Chief Operating Officer (COO) of CoCo Therapeutics and was formerly COO of TopoTarget A/S and CSO of BioImage A/S.

Commenting on these appointments, Steve Butcher said "We are very pleased to be supported by such an expert group of advisors as we progress our RAR-alpha agonist programme for Alzheimer's disease".

Alzheimer's disease (AD) is the most common cause of dementia, affecting around 5.3 million people in the US, 417,000 people in the UK and many millions of others worldwide. It is estimated that this incidence will more than double by 2050, should current trends continue.

CoCo Therapeutics is a UK biotechnology company focussed on the discovery of new drugs for the treatment of Alzheimer's disease. The company's programmes are based on the recent scientific discoveries from the laboratory of Professor Jonathan Corcoran at King's College London, made during research funded by the Wellcome Trust. This research has implicated RAR-alpha, a novel target, in Alzheimer's disease.