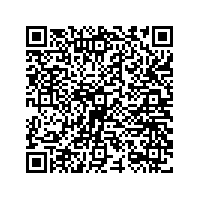 Jenkins World 2017: The global Event for everything Jenkins & DevOps

With more than 60 sessions, Jenkins World offers expert insights at the largest gathering of Jenkins and DevOps practitioners in the world

(PresseBox) ( SAN JOSE, CA., 17-04-12 )
Jenkins World is the largest gathering of Jenkins users in the world and includes Jenkins experts, continuous delivery thought leaders and companies offering complementary technologies for Jenkins. The event provides many opportunities for attendees to learn, network and explore, as well as to help shape the future of Jenkins.

The first annual Jenkins World Award Program is now open for nominations. There are two award tracks - Jenkins Community Awards and CloudBees Innovation Awards - and winners in each track will be featured at Jenkins World. Nominations will be accepted for both tracks until June 16, 2017 at 11:59PM EDT. Learn more about the Jenkins World Awards Program.


"Once again, we have scaled Jenkins World this year to be even larger and better. I am pleased to see such a high caliber of speakers from the Jenkins community giving sessions," said Kohsuke Kawaguchi, CTO of CloudBees and Jenkins founder. "After the launch of Blue Ocean last week, more and more people of all skill levels are able to be involved in continuous delivery and DevOps, across all industries. At Jenkins World, they will have the opportunity to enhance Jenkins and DevOps knowledge, and to meet in person and learn from each other."


About Jenkins and the Jenkins Community

Jenkins is the leading open source automation server supported by a large and growing community of developers, testers, designers and other people interested in continuous integration, continuous delivery and other modern software delivery practices. Built on the Java Virtual Machine (JVM), it provides more than 1,300 plugins that extend Jenkins to automate with practically any technology software delivery teams use.

CloudBees is the hub of enterprise Jenkins and DevOps, providing companies with smarter solutions for automating software development and delivery. CloudBees starts with Jenkins, the most trusted and widelyadopted continuous delivery platform, and adds enterprise-grade security, scalability, manageability and expert-level support. By making the software delivery process more productive, manageable and hassle-free, CloudBees puts companies on the fastest path to transforming great ideas into great software and returning value to the business more quickly.