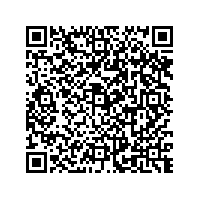 CloudBees Releases Another Industry First: Feature Flagging for On-Premise Use

Feature flags have emerged as popular tools for deploying new features with the added advantage of enabling risk-free experimentation and fast results. As organizations enhance applications with rich new capabilities, many use feature flags to preview features for select audiences, with the ability to pull them back quickly if the functionality is not successful. In a recent survey, 97% of respondents say that it is important for their organization to implement new application features quickly, yet 65% say it is difficult for their organization to do so safely. CloudBees Feature Flags enables developers to easily release new features with confidence, reduce risk in doing so and manage large numbers of feature flags at scale.

“Very soon, all features will be released behind a feature flag. It’s a natural evolution in continuous delivery. CloudBees has led the way in feature flag technology, making it a core part of our overall offering,” said Sacha Labourey, CEO and co-founder, CloudBees. “With this release, we are providing the same functionality for on-premise environments that previously had only been available as a cloud-based service. We are committed to the ongoing integration, automation and governance of feature flags within the software delivery lifecycle and giving users choice in selecting the best environment for their project — on-premise or cloud.”

CloudBees Feature Flags integrates with the company’s deep CI/CD capabilities, giving organizations the most comprehensive feature management capabilities in the software development life cycle (SDLC). The ability to use feature flagging in an on-premise environment also opens up new avenues for usage in industries, such as government, finance, pharmaceuticals, utilities and healthcare, where there can be a mix of on-premise and cloud environments.

“We recognize that many companies are realizing the benefits of feature flags,” said Moritz Plassnig, senior vice president and general manager, Software Delivery Management and Software Delivery Automation Cloud at CloudBees. “By flagging features, they no longer have to sacrifice innovation to lower risk. We felt that it was critical to offer this technology to any company working in on-premise or hybrid environments.”

CloudBees, the enterprise software delivery company, provides the industry's leading DevOps technology platform. CloudBees enables developers to focus on what they do best: Build stuff that matters, while providing peace of mind to management with powerful risk mitigation, compliance and governance tools. Used by 50% of the Fortune 100, CloudBees is helping thousands of companies harness the power of continuous everything and gets them on the fastest path from great idea, to great software, to amazing customer experiences, to being a business that changes lives.