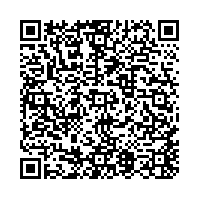 CloudBees Buzzes With Growth, Launches European Sales And Marketing Operations In Brussels To Drive Even Greater Growth In 2013

(PresseBox) ( Paris, France, 13-05-16 )
CloudBees, Inc., the Java Platform as a Service (PaaS) innovation leader, today announced a new office in Brussels, Belgium as well as another record-setting quarter in Q1 2013 of new account acquisition and revenue growth. In 2012, CloudBees' business increased by 350 percent. That success, along with an expanded presence in Europe, will lay the foundation for even greater growth in 2013.

CloudBees is increasing the size of its European operations by investing in top local talent in Europe, beginning with Michel Goossens, vice president of worldwide sales, who was hired in 2012. Since the opening of the Brussels office in early 2013, the office has expanded rapidly, becoming the hub for European sales, marketing and business development. The new office joins existing CloudBees offices in Boston and San Francisco.

The demand for the CloudBees PaaS continues to grow as an increasing number of users realise they can use it to significantly accelerate the delivery of web and mobile applications. In 2012, the number of new CloudBees accounts grew over 150 percent over 2011. In the first quarter of 2013, CloudBees saw an increase of about 220 percent in new account subscriptions, versus the same period in 2012. The growth in new accounts shows the widespread adoption of PaaS, as more and more organisations seek to accelerate time to market, increase developer productivity and lower IT costs.

"We are seeing rapid growth for our platform. CloudBees' revenue more than tripled in 2012 and the momentum has continued in the first quarter of 2013, fueling our European expansion. We expect an even more dramatic increase in 2013, given the market demand for cloud services provided by CloudBees" said Sacha Labourey, founder and CEO, CloudBees. "CloudBees is uniquely positioned to offer our customers the productivity boost and innovation provided by the cloud, with the ability to co-exist with on-premise IT systems. Next-generation web and mobile applications can be developed on the CloudBees Platform and securely access on-premise legacy back-end systems, as needed. This is the best of both worlds - accelerated innovation in the cloud without disruption of existing, on-premise IT infrastructure. Companies such as Bullhorn, ARTstor and VX Company are great examples of this dual leverage of cloud innovation and on-premise legacy operation."

The CloudBees Partner Ecosystem continues to expand, experiencing 300 percent growth in the number of new Ecosystem Partners added in 2012, over 2011. The CloudBees Ecosystem includes Technology Partners and Services Partners. Technology Partners provide an extensive variety of best-of-breed hosted services such as application testing, performance monitoring, log management, mail and database service providers, among others. The CloudBees Services Partner program was launched in 2012 and now includes 20 partners throughout Europe and North America. Services Partners deliver IT services to their customers utilising the CloudBees Platform to lead or augment in-house development projects. In the first quarter of 2013, CloudBees added almost half of the total number of partnerships added in all of 2012, including partners such as Cloud Foundry and SOASTA.

To support its European expansion, CloudBees has also extended its standard public cloud offering to include Amazon Web Services/EU West. Building on its commitment to AWS, CloudBees now offers European customers the ability to run on European infrastructure, enabling them to fully leverage AWS's extensive cloud-based technology and infrastructure.

"European users can run their applications on AWS EU West in both multi-tenanted and dedicated configurations, enabling them to comply with European regulations and reduce application latency," stated Michel Goossens, vice president of worldwide sales, CloudBees. "Further, the new Brussels office will drive continuing demand for CloudBees services throughout Europe by providing a local presence for our customers."

CloudBees (www.cloudbees.com) provides a Java Platform as a Service that enables Continuous Cloud Delivery (CCD), accelerating the development and deployment of web and mobile applications. With CCD, development teams can quickly deploy applications and make frequent incremental updates to them. By eliminating the friction caused by provisioning, maintaining and administering complex hardware and software infrastructure, CloudBees allows developers to do what they do best: develop cool applications. The CloudBees Platform provides a set of services, instantly activated with a click, that allow developers to rapidly build and run new business applications with zero IT administrative overhead. CloudBees serves the needs of a wide range of businesses from small startups that need to quickly create new on-line businesses, to large IT organisations that need to rapidly respond to dynamic market opportunities. Follow CloudBees on Twitter (@CloudBees) and on Facebook. You can also try CloudBees for free.

Backed by Matrix Partners and Lightspeed Venture Partners, CloudBees was founded in 2010 by former JBoss CTO Sacha Labourey and an elite team of middleware and open source technology professionals.