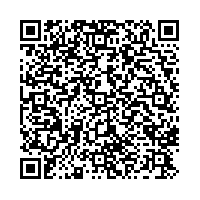 Bob Mobile AG, a leading provider of games and mobile entertainment, reports significant revenue and earnings growth in the first half of 2012. Cliq B.V., which is now fully consolidated, provided the critical impulse in this context. The integration and related restructuring of activities at Cliq B.V. and Bob Mobile AG were concluded to schedule at the end of June. Overall, the Bob Mobile Group generated EUR 37.2 million of revenue in the first half year (prior-year period: EUR 17.3 million) and operating EBITDA (adjusted for EUR 1.1 million of takeover and restructuring costs) of EUR 6.3 million (prior-year period: EUR 0.2 million).

"Having successfully integrated Cliq and Bob Mobile, we are now concentrating fully again on the further development of our products and market positions in the freemium and premium areas. The market environment has worsened considerably in some countries over the last months - whereby Bob Mobile's positioning in currently more than 50 countries has mitigated the effects," commented Remco Westermann, CEO of Bob Mobile AG. "Based on trends in the second quarter and the first few weeks of the second half of the year, we will publish an update to our FY 2012 forecast before the end of September. Until then, the application of IFRS in connection with the Cliq acquisition is completely recognized in income statement and thus a more accurate forecast of the annual result is possible," Remco Westermann went on to comment.

Having reported EUR 34.9 million of revenue in the first half year, and EUR 9.1 million of operating EBITDA, the premium division is slightly below prognosis. Pressure on revenue is also evident at the start of the second half of the year. This is due, firstly, to weak economic growth combined with lower consumption spending, particularly in Southern Europe. For the first time, this is having significant negative effects on revenue and earnings with new and existing customers in these countries. Secondly, the regulatory environment, especially concerning the billing of premium services, is intensifying further in some countries. Regulatory changes were already implemented at the end of the second quarter, and are also announced for the second half of the year. The company continues to drive further ahead with its internationalization to offset revenue pressure on traditional markets. The special focus in this context is on the growth markets of Africa and South America. Premium services were launched in Kenya and Columbia in the second quarter.

The strategically important freemium games area, which is currently being established, generated EUR 1.5 million of revenue in the first half of the year. This business unit concentrated on optimizing and expanding their games portfolio in the first half of 2012, and the further development of the technical platform. In particular, additional features are being developed to generate revenue along with items sales. With costs in line with budget, revenue of EUR 1.5 million in the first half-year fell short of planning, feeding through to EUR -1.4 million of operating EBITDA.

Just A Game GmbH is concentrating on four online games in 2012. The War2Glory online strategy game, which had already been launched by the end of 2010, and also the fussballcup.de football manager game which was published in June 2012, continue to report a positive trend. Delays occurred to the mobile version of War2Glory, and the Myfarmland online game, as a result of which they were not launched until the second half year, thereby delaying revenue growth. In addition, the Call Of Kings online card game was contractually secured in the third quarter, and is also set to be launched in the second half of the year. Due to the more efficient organization, additional games were launched with only a minimal increase in staff numbers in the case of Just A Game. Just A Game will make a positive earnings contribution following the revenue growth connected with the additional games.

The sub-area, mobile freemium games under the thumbr brand, which is still in the development and establishment phase, made major progress in the first half of the year. This cross-platform gaming and entertainment portal licensed nine high-quality mobile games during the first six months of the financial year 2012. The company also worked intensively on the further development of the thumbr mobile and online portals, including completing the thumbr iOS app, and launching the thumbr.com website. In overall terms, however, thumbr fell short of the company's own targets due to the difficulty of securing specialist staff, as a consequence of which substantial revenue is not expected until the third quarter. The thumbr technology platform (Software Development Kit SDK) - which serves independent software developers as the basis for developing their own games - was completed and actively marketed among developers in the third quarter. Active marketing of mobile games on thumbr will then also start from September.

In addition, Bob Mobile has reached agreement with the owners of UK company Gorillabox Ltd. concerning a takeover of this software firm. Gorillabox has developed very flexible technology to reproduce videos on mobile telephones. A video stream can be optimized live for different screen sizes and transfer speeds, for example. This technology is particularly valuable when utilizing video advertising on mobile devices - one of the fastest-growing advertising markets. Gorillabox is to be integrated into thumbr in this context. Along with revenue from items sales and traditional online advertising formats, video advertising plays a special role in the thumbr strategy. The aim is to provide a special direct response video format for advertising customers, which makes (advertising) videos available both through streaming and as a one click download, and which can be deployed as a pre-, mid-and post-roll solution. The purchase price for Gorillabox amounts to between 20,000 and up to a maximum of 45,000 Bob Mobile shares, depending on the attainment of certain earnout conditions. The acquisition is to be completed by the end of the third quarter 2012.

Bob Mobile AG, which is based in Straelen, Germany, is a leading provider of games and mobile entertainment. As a marketer and publisher of games and other mobile value-added services, the Group is active in over 50 countries, especially by way of its direct sales to end-customers. Bob Mobile AG has been establishing its Online & Freemium Games division since July 2010, and also its Freemium Mobile Games division since the end of 2011. Bob Mobile is a specialist in the direct marketing to end-customers of its products through the Internet, mobile Internet and TV. The acquisition of Cliq B.V. was concluded in February 2012, allowing the company to grow to a new dimension. The Bob Mobile Group focuses on continuous and profitable growth, both organically through expanding into new countries, through expanding the games portfolio, and through external growth. Bob Mobile AG is listed in the Entry Standard of the Frankfurt Stock Exchange.