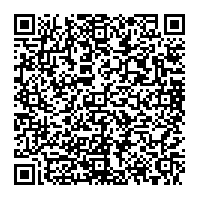 ALFI Welcomes Proposed UCITS V Regulation, But Believes That Open Questions Remain on The Overall Level of Liability for Depositaries

(PresseBox) ( Frankfurt am Main, 12-07-04 )
On 3 July 2012, the European Commission published a 'Proposal for a Directive of the European Parliament and of the Council amending Directive 2009/65/EC on the coordination of laws, regulations and administrative provisions relating to undertakings for collective investment in transferable securities (UCITS) as regards depositary functions, remuneration policies and sanctions, better known as 'UCITS V'.

The main object of the draft directive is to clarify and to harmonise the level of investor protection in the EU through the alignment of tasks and responsibilities that are expected from the depositaries of UCITS [1] .

ALFI welcomes the general thrust of the proposed text. The 2008 financial crisis has indeed caused losses of assets in various instances and at various levels, sometimes due to insolvency or fraud, with a number of investment funds going out of business. This has increased expectations for investor protection. A harmonised European regulatory framework for depositaries' duties and liabilities is indeed likely to further enhance investor protection. An optimum and uniform standard of investor protection across European Member States in turn is extremely important for European UCITS funds to remain a success story for EU retail investors. It is equally important for the continued success of exports of the European UCITS brand to other countries around the world.

The draft directive specifically proposes to clarify the duties and the tasks of the depositary, as well as the related liability regime.

Although the law regarding the depositary regime in Luxembourg is fully in line with current EU directives[2] , ALFI welcomes these new regulations that aim to further harmonise the depositary's liabilities throughout the EU. However, ALFI hopes that the final 'Level 1' provisions will strike the right equilibrium of obligations and rights between all stakeholders of the investment fund value chain, including the end investors.

Open questions remain, especially with regard to the overall level of liability that can reasonably be expected from depositaries. Should depositaries cover all categories of risk, including e.g. insolvency and fraud? ALFI believes that if depositaries are held liable for investment losses in all circumstances, they become 'insurers' for risks beyond their control. It is feared that such additional investor protection measures, close to an absolute protection under a strict liability regime, will come with a cost that is likely to be ultimately borne by the end investor. Besides, there may be a moral hazard associated with investors believing their investment is risk-free.

Equally, if depositaries need to provide full coverage, and duties and liabilities are thus no longer shared by all participants in the UCITS value chain, ALFI points out that this concentration of risk in a small group of depositaries may result in increased systemic risk.

The final provisions of the directive therefore should take into account the need to balance risk and reward, as well as asset and investor protection and cost-efficiency within a sustainable industry framework. ALFI looks forward to working with the European institutions to achieve such a balanced outcome.

Camille Thommes, Director General of ALFI, comments: "Detailed discussions are still needed in order to ensure that the UCITS V directive does further strengthen the development of the European UCITS brand, also with regards to the provisions on the remuneration of UCITS' managers and the sanctions regime. Overall, ALFI is confident that the final directive will help determine the most appropriate rules for funds and fund depositaries whose activity is essential for the development of long-term savings in Europe and worldwide. It is ALFI's strong intention to contribute constructively towards the discussions leading up to the final text ".

[1] Undertakings for Collective Investment in Transferable Securities (UCITS) are a set of European directives that aim to allow collective investment schemes to operate freely throughout the EU on the basis of one single authorisation from one member state. UCITS are renowned for their high level of investor protection. Luxembourg is the major domicile for UCITS in the world with 1863 bio EUR of assets under management. Luxembourg-domiciled UCITS are distributed in more than 70 countries throughout the world.

In very general terms, depositaries are institutions entrusted with the duties of safe-keeping of assets.

[2] The Luxembourg legislation on fund depositaries faithfully reflects the provisions of European Directive 2009/65/EC (the UCITS Directive). Luxembourg has an appropriate framework for the protection of investment fund assets and investors, in line with applicable European standards. The legal and regulatory environment of Luxembourg in that respect is fully EU compliant as confirmed at the time by CESR (now ESMA).

The Association of the Luxembourg Fund Industry (ALFI) is the representative body of the Luxembourg investment fund community. Created in 1988, the Association today represents over one thousand Luxembourg domiciled investment funds, asset management companies and a wide range of service providers such as depositary banks, fund administrators, transfer agents, distributors, legal firms, consultants, tax experts, auditors and accountants, specialist IT providers and communication companies. The Luxembourg Fund industry is the largest fund domicile in Europe and a worldwide leader in cross-border distribution of funds. Luxembourg-domiciled investment structures are distributed on a global basis in more than 60 countries with a particular focus on Europe, Asia, Latin America and the Middle East. For further information, do not hesitate to consult our website at www.alfi.lu.