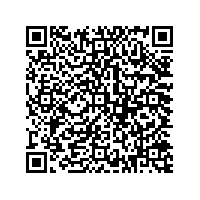 Subscribe to news
(PresseBox) ( Hoofddorp/The Netherlands, 09-08-12 )
.
- EBITDA before specific items was €69 million for the Quarter, an increase of 130% on Quarter One
- Quarter Two 2009 new business wins stands at €550 million (+17% YoY).
- Working capital improved by €53 million on Quarter One.
- Cash flow from operations of €94 million generated in the quarter.
- Net debt has been reduced by €98 million.
- Additionally, after the Quarter's end the debt exchange has successfully reduced debt by €138 million in July 2009.

'We believe these are improving results," said John Pattullo, CEO, CEVA Logistics, "and CEVA remains committed to emerging from this difficult trading period as one of the most admired companies in the supply chain industry."

As we stated during Quarter One, the latter part of Quarter Four 2008 and the first two months of Quarter One 2009 were abnormal periods for CEVA and others in the industry. Linked to the external economic situation our results were impacted by declining volumes and factory shut downs in the automotive market. However, in Quarter Two 2009, we have seen accelerating improvements across all of our business. EBITDA before specific items was €69 million for the Quarter, an increase of 130% on the previous Quarter. Overall, volumes and profitability are still down versus the comparative period in 2008 (EBITDA before specific items Quarter Two 2008: €89 million); but volumes are increasing sequentially, with revenue growth of 3% versus Quarter One. In addition, we are starting to realize improvements in profitability as our ongoing cost reduction programs have been delivering savings, increasing profitability.

Throughout the Quarter, the business has seen successes not just linked to the improving market environment, but also driven by another period of high new business wins of €550 million, up 17% compared to Quarter Two, 2008. These wins are the result of various strategic initiatives underway across the Group, such as;

- Cumulative cross selling of €423 million, up from €230 million at the Year End. €72 million in the second quarter.
- The Century program, a key account management initiative generated €230 million in new business in the Quarter.
- A growth initiative focused on inbound volumes into China and our China domestic network business has delivered €25 million of additional new business.
- Focus on deals in excess of €25 million of revenue per annum; with six such deals being secured in the Quarter.

A key focus for the business since the start of 2009 has been to increase cash. In Quarter Two, cash generation has been strong at €94 million. This has been supported by our ongoing efforts to improve Net Working Capital. Since the inception of this program in December 2008, we have reduced our Net Working Capital by 68%. Since March we have seen a reduction of 57%. Today our Net Working Capital stands at €40 million. In addition, the cost savings program announced at the beginning of the year is well on track to generate the expected savings of over €100 million by the Year End. These initiatives have helped drive an improvement in liquidity2, which has increased to €240 million, at the end of Quarter Two (Quarter One: €224 million).

In the Quarter, net debt has been reduced by €98 million and the strong cash generation has allowed us to repay a portion of our borrowings. Since the end of Quarter Two, we have also successfully concluded a debt exchange. This exchange has reduced our debt by €138 million and reduces annualized interest payments by €7 million on a pro forma basis.

CAPEX for the quarter was €29 million. In the coming quarters we expect to see an increasing number of new business wins and we are likely to be within our full year range of €70 to €90 million at the Year End.

In 2009, despite the ongoing economic uncertainty, as a business, CEVA has remained focused on three strategic areas;
- The ongoing focus on sensible cost reduction, which do not impact our business capabilities.
- Increasing capabilities, for example in China.
- Continuing to grow the business with our key customers.

We have been able to realize identifiable achievements in each of these three areas and we will continue to focus on these areas in the second half of the year. We believe the business will be further strengthened by the recent recruitment of two new senior managers. Rubin McDougal has joined as CFO from CASE New Holland and Matt Ryan has joined us in the new role of COO from Flextronics. We expect that both of these new executives will make a significant contribution to the continued growth and success of CEVA.

In conclusion, we believe, that across the business we have started to see improvements in trading, however this is no time for complacency as economic uncertainty remains. In the second half of 2009, we will continue to focus on cash and cost reduction, growing our capabilities and increasing the overall profitability of the business.

2Liquidity is the sum of cash and cash equivalents plus committed facilities.

CEVA Logistics is a leading global supply chain management company. We provide end-to-end design, implementation and operational solutions in contract logistics and freight management to large and mediumsized national and multinational companies. CEVA employs circa 50,000 people and runs an extensive global network with facilities in over 100 countries. For the year ending 31 December 2008, the Group reported revenues of €6.3bn. For more information, please visit www.cevalogistics.com

The statements included in this news release, and other statements that are not historical facts, may contain forward-looking statements. In addition to the assumptions specifically mentioned in the above paragraphs, there are a number of other factors that could cause actual results and developments to differ materially from those expressed or implied by these forward-looking statements. These factors include, but are not limited to, the process of combining EGL and CEVA, the actual effects of recent and future regulatory changes and technological developments, globalization, levels of spending in major economies, the economic downturn in Asia, Europe and the US, including the economic downturn in the automotive sector, levels of marketing and promotional expenditure, actions of competitors and joint venture partners, employee costs, future exchange and interest rates, changes in tax rates, unexpected costs of future business combinations or dispositions and other factors detailed in risk factors and elsewhere in CEVA most recent Annual Reports. Further information concerning the Company and its business, including factors that potentially could materially affect the Company's financial results, is contained in the Company's annual and quarterly reports, available on the Company's website. Should one or more of these risks or uncertainties materialize or the consequences of such a development worsen, or should underlying assumptions prove incorrect, actual outcomes may vary materially from those forecasted or expected. CEVA disclaims any intention or obligation to update publicly or revise such statements, whether as a result of new information, future events or otherwise.