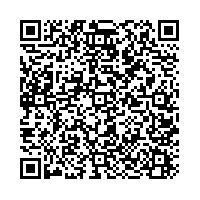 The consolidated order backlog fell as expected by approx. 52% as of February 28, 2009.

The final detailed consolidated figures for the group will be published together with the Q3 2008/2009 report following their approval on March 31, 2009.

Compared to the record revenue last year revenues declined in the current business year (nine months) by approx. 5%. With this the group is still in the target range to reach revenues of €20 million by the end of the fiscal year. The Q3 revenue in the current business year is nearly at the same level as the average nine month revenues in the last three years (05/06, 06/07 and 07/08).

The decline of the order backlog compared to the figures in Q3 07/08 was as expected.

In the previous year the two lots of the large order of CT-DECT JetCom systems placed by the German Armed Forces worth approx. €6.1 million lead to an extremely high order backlog at this point of time.

"Facing the fact that most of our priority markets were under the influence of the worldwide financial and economic crisis in the period under review we can be satisfied with the revenues and order backlog after nine months", explains Thomas H. Günther, Chairman of the Board of Management.