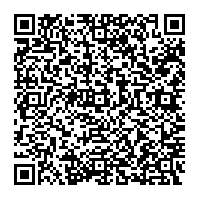 (PresseBox) ( Rödermark, 09-08-14 )
CeoTronics AG Audio Video Data Communication (ISIN: DE0005407407), Adam- Opel-Strasse 6, 63322 Rödermark, Germany, listed in the Prime Standard and the Technology All Share segment of the Frankfurt Stock Exchange, recorded consolidated revenues of €18,815 thousand for fiscal year 2008/2009 (the secondhighest figure in the Group's history). This represents a decline of 11.7% on the previous year's record revenues.

The consolidated order backlog as of the reporting date fell by 63.7% as against the extremely high prior-year level to €2,234 thousand.

- further strengthen the Group's self-financing ability (especially in view of the economic and financial crisis),
- increase its flexibility of action with respect to opening up new markets, and
- develop new products.

Fiscal year 2008/2009 was dominated by the worst global economic and financial crisis in 80 years. Nevertheless, CeoTronics generated the second-highest revenues and earnings in the Group's history, at €18,815 thousand and €1,279 thousand respectively, slightly exceeding its forecasts.

In the period under review, the upcoming switch to digital radio by government security and law enforcement agencies and firefighters in Germany and Northern Europe, which unfortunately is being implemented extremely hesitantly, led to even greater reluctance on the part of these customers to invest in communications accessories for connecting to analog radios; this led to an investment backlog. In addition, the changeover to a new generation of digital radios (in Switzerland among other countries) was announced at a very early stage, and has also resulted in delays in the continuation of the switch to digital radio.

The order backlog as of May 31, 2009 declined by 63.7% as against the extremely high prior-year figure to €2,234 thousand. The order backlog for 2007/2008 in particular reflected the third batch of the order for CT-DECT JetCom systems from the German Armed Forces, which has now been delivered and invoiced in full. In addition, the downturn in incoming orders is due to the severe global economic and financial crisis and the delays in the switch to digital radio by security authorities and organizations in Germany and Northern Europe.

Despite the ongoing global economic crisis, CeoTronics has prepared itself in good time to meet future challenges by investing in employee capacity, market development, technologies, developments, and production technologies and processes. At €993 thousand (previous year: €586 thousand), total investments increased by 69.4% during fiscal year 2008/2009.

"The Board of Management is satisfied with the Group's revenues and earnings for fiscal year 2008/2009 in view of the negative external factors. The imminent start of the switch to digital radio in Germany and other European markets, the changeover to the new generation of digital radios in Switzerland and Spain, the new projects being implemented and our new product developments give us reason to be 'cautiously' optimistic about fiscal year 2009/2010," said Thomas H. Günther, Chairman of the Board of Management.