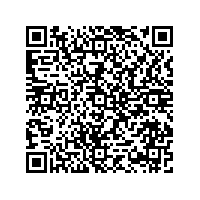 (PresseBox) ( Rödermark, 08-10-13 )
CeoTronics AG Audio Video Data Communication (ISIN: DE0005407407), Adam- Opel-Strasse 6, 63322 Rödermark, Germany, listed in the Prime Standard and the Technology All Share segment of the Frankfurt Stock Exchange, generated consolidated revenues of ¤2,998 thousand in the first quarter of fiscal year 2008/2009 (the summer months of June, July, and August) in accordance with IFRSs (down ¤147 thousand as against prior-year figure).

The slight fall in revenues can be explained by the production work already performed for the third batch of the major order CT-DECT JetCom systems from the German Armed Forces for. This batch, worth some ¤3.0 million, is expected to be delivered and invoiced in the second quarter. Pulling forward a large portion of the production work freed up capacity to complete orders by the end of 2008 and for possible orders relating to the switch to digital radio by the German security authorities and organizations. In addition, delays in contract awards, the continued and expected "revenue normalization" in Spain and France, and the sluggish switch to digital radio by the security authorities and organizations in Germany and other neighboring European countries all affected revenue development in Q1 2008/2009.

Despite the slight decline in revenues, all key earnings and financial indicators improved year-on-year - in some cases substantially.

The order backlog fell as expected compared with the prior-year figure, as CeoTronics was able to deliver and invoice the first two batches of the major order from the German Armed Forces in the course of fiscal year 2007/2008. At the prioryear reporting date, these had been contained in the order backlog in the amount of approximately ¤5.5 million. The healthy order backlog as of August 31, 2008 is above the average for the last three quarterly reporting dates.

The undervaluation of CeoTronics shares was documented by the research study published by German Business Concept AG (GBC) on September 4, 2008. The price target calculated by GBC is ¤4.87, with an upside potential in excess of 70%.(October 9, 2008: > 111%) CeoTronics shares received a buy recommendation.

The undervaluation of CeoTronics shares is also shown by the following key figures:

In keeping with tradition, CeoTronics expects to issue its revenue and earnings targets for fiscal year 2008/2009 in January 2009, at the time of publication of its interim results for the first half of the year.

"Our current order backlog and the expected deliveries and invoices stretching into the third quarter of the current fiscal year, as well as the switch to digital radio in Germany, Austria, and Northern Europe offer CeoTronics an interesting future revenue potential," said Thomas. H. Günther, Chairman of the Board of Management.