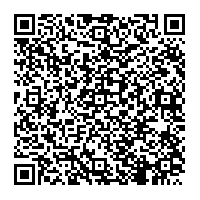 Subscribe to news
(PresseBox) ( Rödermark, 10-07-19 )
CeoTronics AG Audio Video Data Communication (ISIN: DE0005407407), Adam-Opel-Strasse 6, 63322 Rödermark, Germany, listed in the Prime Standard segment of the Regulated Market on the Frankfurt Stock Exchange and in the "DAXplus Family Index," has identified a need to charge impairment losses due to the current development of the business and future prospects of CeoTronics Inc., U.S.A. As things stand today, CeoTronics, Inc.'s current development of the business and prospects for fiscal year 2010/2011 do not appear to be sufficiently positive to support the original planning primarily due to the expected delay in the launch of new products (due to delays in getting approvals by the US Authorities), the training of new sales force members, which is a timeconsuming task for sales management, and the development of a stronger indirect sales channel.

The impairment test performed after completion of the annual planning process has identified a need to charge an impairment loss on the goodwill reported in CeoTronics AG's consolidated financial statements (€615 thousand). Valuation allowances will also have to be charged on deferred tax assets in respect of tax loss carryforwards at CeoTronics, Inc. (€280 thousand). In addition, the carrying amount of the investment in CeoTronics Inc. in CeoTronics AG's unconsolidated financial statements will have to be written down by €777 thousand and receivables from CeoTronics, Inc. by €1,342 thousand.

These impairment losses will not result in negative cash flow effects. The Group's equity ratio as of May 31, 2010 will not fall below 60%.