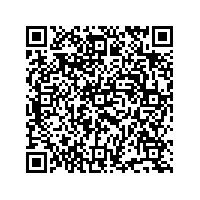 Cassidian, the defence and security division of EADS, will supply the French Armed Forces with advanced identification systems used to prevent friendly fire. The French defence procurement agency (Direction Générale de l'Armement - DGA) recently awarded Cassidian a contract to supply 150 units of its newly developed MSR 1000 I interrogator (MSR = Monopulse Secondary Radar) for the short-range friend-or-foe identification (IFF). The first units will be delivered by mid-2014. They are destined for installation on the Army's MISTRAL missile launchers and MARTHA air defence command and control stations as well as on the armoured launch vehicles of the Air Force's CROTALE NG missile. The contract is a part of the IFF NG (New Generation) operation, which sets out to develop equipment compliant with NATO's new Mode 5 interoperability standard. This will offer the French Armed Forces the option of upgrading their platforms.

"This contract is of strategic importance for the future," stresses Bruno Rambaud, Head of Cassidian SAS in France. "It makes Cassidian the European reference for short-range and very short-range IFF NG interrogators and it is a springboard to other markets, as the NATO allies will all eventually migrate to the new IFF standards." The MSR 1000 I is a suitable product for many platforms requiring Mode 5 such as Stinger, the German LeFlaSys or the British HVM.

The MSR 1000 I will be able to quickly and safely identify aircraft by using highly sophisticated encryption techniques to avoid hostile signal manipulation, thus overcoming the limits of the present IFF systems and facilitating commanders' decisions whether to engage aircraft or not. At the same time, a new civil mode S can thus be used by both civil and military authorities. Mode S actually helps to manage the growing volume of civil air traffic, improving the efficiency of flight control by addressing aircraft with their unique identity code.

Cassidian has delivered IFF interrogator systems to several NATO nations for ground and naval applications. Amongst others, the long range MSSR 2000 I protects all German Navy ships as well as UK Royal Navy ships and the French Navy's BPC command ships. In Germany, Cassidian has established the air traffic control network of the German Luftwaffe covering an airspace of 1,700 x 1,500 km. In total, Cassidian has more than 350 systems in approx. 30 nations under contract, including in the U.S.

Cassidian, an EADS company, is a worldwide leader in global security solutions and systems, providing Lead Systems Integration and value-added products and services to civil and military customers around the globe: air systems (aircraft and unmanned aerial systems), land, naval and joint systems, intelligence and surveillance, cyber security, secure communications, test systems, missiles, services and support solutions. In 2011, Cassidian - with around 28,000 employees - achieved revenues of € 5.8 billion. EADS is a global leader in aerospace, defence and related services. In 2011, the Group - comprising the Divisions Airbus, Astrium, Cassidian and Eurocopter - generated revenues of € 49.1 billion and employed a workforce of more than 133,000.