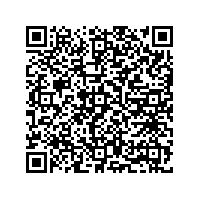 The expanded NMI system now offers considerably simplified image acquisition, a particular benefit for variable regions of interest on the sample, and automated segmentation of the inclusions. The operation of all functions is very straightforward. The software now includes a gallery for the visualization of oversized inclusions, with which the measured data and image can be displayed simultaneously. The updated version of NMI can also be combined with the recently launched upright Axio Imager.Z2m respectively Axio Imager.M2m versions of the microscope stand.

NMI has implemented the EN 10247 standard for classifying the content of non-metallic inclusions in steel, but also fulfils the requirements of the DIN 50602, ASTM E 45, ISO 4967 and JIS G 0555 standards. It is offered as a complete system and enables automatic microscopic analysis of steel purity for up to six samples.

The function enabling result comparison is of particular benefit as quality determination according to the EN 10247 standard is based on mathematical calculations instead of comparative diagrams. The results of the samples measured in a series can be output individually or in combination. The software offers the possibility of performing the measurement in large mosaic images composed of single images. This means that inclusions are not cut off at the image edge, but are recorded in their entirety and are therefore correctly classified.

NMI makes automatic sample evaluation very fast, also if the sample is to be measured in accordance with several standards. This is all possible in a single measuring procedure.

Carl Zeiss AG is a leading group of companies operating worldwide in the optical and opto-electronic industries. The five independently operating business groups are active in the future-oriented markets of Medical and Research Solutions, Industrial Solutions and Lifestyle Products. Founded in 1846 in Jena, the company is headquartered in Oberkochen, Germany. Carl Zeiss AG is fully owned by the Carl Zeiss Stiftung (Carl Zeiss Foundation). During fiscal year 2007/08 (ended Sept. 30), the company generated revenues of EUR 2,731 million. Carl Zeiss has around 13,000 employees in more than 30 countries, including over 8,000 in Germany.

Carl Zeiss MicroImaging GmbH is a 100% subsidiary of Carl Zeiss AG. The leading manufacturer of microscope systems offers total solutions for biomedical research, the healthcare sector and high-tech industries. The product line spans a broad spectrum from light microscopes and systems for laser scanning microscopy and spectrometry to hardware and software for image processing and documentation.

Microscopes from Carl Zeiss allow scientists to gain important knowledge about diseases such as cancer, Alzheimer's and tuberculosis. This results in new diagnostic techniques and better drugs for therapy. ZEISS microscopes support the development of new materials and enable more efficient quality inspection in industry.

Carl Zeiss MicroImaging GmbH is headquartered in Jena. Other manufacturing and development sites are located in Göttingen and Munich. During fiscal year 2007/08, the Microscopy Group at Carl Zeiss generated revenues of approximately EUR 340 million with a global workforce of about 1,700.

Further information is available at www.zeiss.de/micro