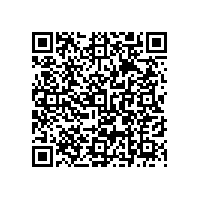 Ideal as a Flexible Gage: DuraMax® from Carl Zeiss

At TRW Automotive, DuraMax is positioned directly next to an 800-ton press - without air conditioning - where pins for safety belts are punched from steel sheets. Despite the skepticism of the technicians who doubted that DuraMax would be unaffected by the vibrations of the press, the compact scanning CMM passed the test. The vibrations had no negative influence on the capabilities of Duramax. "Our measurements with DuraMax are reliable. We verified this in our measuring lab with another coordinate measuring machine from Carl Zeiss - a CONTURA® G2," emphasizes Robert Bühner, measuring technician at TRW. Now, around 20 production employees without a metrology specific background work with DuraMax. Curiosity was stronger than their reservations.

The automation interface of CALYPSO® measuring software enables easy selection of the part to be measured based on pictures and the given part number. The measurement is performed in one CNC run and a reliable measuring log of the workpiece is generate and printed. The data can be automatically entered into the process server for evaluation.

The benefits of a measuring machine integrated into production become particularly clear during the inspections that accompany the production run: in the past TRW needed 20 minutes for a workpiece using inspection equipment, DuraMax delivers a measuring log with more valuable information in only 4 minutes.

The punching and bending process can be set and optimized more quickly for the approximately 10,000 pins that are churned out in 20 minutes. Scrap is reduced. There are no travel or downtime costs resulting from measurements in a measuring lab. The time for the overall process is also clearly lower.

Before DuraMax, initial samples had to be measured in the measuring lab, which was then unavailable for other measurements until the corrective values were determined and the production machines set up accordingly. Production personnel were only able to complete the series of accompanying measurements in production with gages and other special equipment. However, this could only deliver a limited statement on the dimensional and positional accuracy of the parts. Because the measuring results were recorded manually, process security was also not sufficiently ensured.

As a result of the increasing variety and the exponentially more involved testing, Helmut Seibert, Steel Production Manager at TRW, was faced with difficulties that could not be overcome with gages and equipment: "The repeatedly occurring process of building the corresponding equipment for new parts and verifying its capability was becoming more and more involved. "This, of course, also increased the costs." Some of this equipment cost up to 20,000 Euro. Sometimes, it was possible to inspect only the dimensions of two features.

Now, TRW has integrated many special measuring programs into the autorun interface of CALYPSO® CAD-based measuring software from Carl Zeiss. The costs needed to reproduce these programs with equipment would easily exceed the cost of DuraMax. For TRW, the purchase of a CMM for production to replace gages and other equipment was a good investment

IMM Photonics is taking over distribution of Iridian products