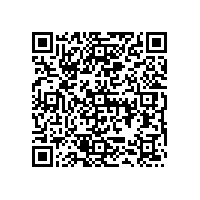 Subscribe to news
(PresseBox) ( Nuremberg and Heilbronn, 09-03-20 )
In a first plugfest, Members of the CANopen Lift group have proofed interoperability of their devices. Two controller manufacturers (Boehnke + Partner as well as Weber Lifttechnik) and several suppliers of lift components (Elgo, Masora, Posital, Schaefer, Ziehl-Abegg) exchanged data via the CANopen network. As expected, some minor differences in the interpretation of the CANopen Lift specifications (CiA 417) were detected. Due to the one-day event, not all functions could be tested. Therefore additional plugfests are planned. Of course, other manufacturers are invited to particpate.

A second proof of interoperability between CANopen Lift devices resulted from the CANopen Lift demonstator, first time presented at the lift conference in Heilbronn (Germany). It consists of two independent lift systems. The one is controlled by a controller from Boehnke + Partner.

Connected are a drive from Control Techniques, an encoder from Baumer, panels from Masora, and a lift door unit from Siemens. A controller from Weber manages the other lift system. Further devices in is this network are from Ziehl-Abegg (drive), Pepperl + Fuchs (encoder), Schaefer (user panels), and Siemens (door unit). The demonstrator will be shown at the Interlift exhibition in Augsburg as well as at further conferences (e.g. in Schwelm). Additional devices from other manufacturers may be integrated as well.

CAN in Automation e.V.