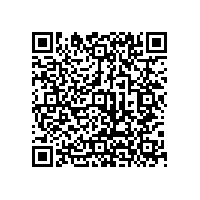 Subscribe to news
(PresseBox) ( Seligenstadt, 09-07-01 )
Hosted by Schneider Electric, several CiA members tested their CANopen devices on compatibility and interoperability. During the two-days plug-fest, Danaher Motion, Epec, ESR Pollmeier, LPKF, Murrelektronik, Sanyo Denki, Seneca, Wachendorf, Wago and Vector connected their devices (I/O module, motion controller, human machine interface, and simulation tool) to CANopen networks using different bit-rates and bus lengths. The interoperability tests were quite successful. Minor problems were detected and will be fixed by the participating companies. For example, some EDS files were not entirely consistent with the device implementations, and some of the tested devices were not able to go to the physical limits of the CAN communication due to non-optimal bit-timing programming. "Some of the detected faulty behaviors could be easily avoided," said Thilo Schumann from CiA, "if the EDS were checked by means of the official EDS checker, and the devices were tested with CiA's CANopen conformance test tool." The plug-fest was quite successful, because the devices were running already on the first day. Even at high busloads most of the devices communicated properly and none of them lost messages.

CAN in Automation (CiA)