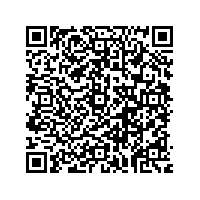 Electricity is more than just the power from a wall socket

(PresseBox) ( Wohlen AG, 20-01-22 )
Today, people greatly appreciate having electrical energy available at the flip of a switch, seemingly at any time and for any occasion. But where does electricity actually come from? The answer most people would give you is: "from the wall socket, of course». So does this automatically settle the question of security of supply? More on this later.

If we compare the history of electric current with the history of Camille Bauer Metrawatt AG, it is easy to see how they were interlinked at certain times in the course of their development. Why is that so?

It was around 1890 when the so-called War of the Currents started in the USA. At that time, the question was whether the direct current favoured by Thomas Alva Edison (1847-1931) or the alternating current promoted by Nicola Tesla (1856-1943) and financially supported by George Westinghouse (1846-1914), was the more suitable technology for supplying the United States of America with electrical energy over large areas and constructing power grids. Because of Westinghouse's market dominance at that time compared to Edison General Electric (called General Electric from 1890 on), it soon became clear that the alternating voltage invented by Nicola Tesla (who was of Serbian origin) was rapidly gaining the upper hand. This was not least because its approximately 25% lower transmission losses weighed unquestionably in its favour. Soon afterward, came the breakthrough for alternating voltage as the means of transmitting electrical energy using. Initially, the main target application was electric lighting, which to be spurred on by the invention of the incandescent lamp by Thomas Alva Edison. The reasons for this were logical. Westinghouse was initially a lighting manufacturing company and wanted to secure as great a market share as possible. As developments continued, it is therefore no surprise that already by 1891, in Germany for example, the first long-distance transmission of electrical energy was put into operation, over a distance of more than 170 km from Lauffen am Neckar to Frankfurt am Main. It was a technological breakthrough using three-phase current technology. However, this has by no means been the end of the story for direct current. Not least because of digitalization, electromobility, decentralized energy supplies, etc., DC voltage has experienced a full-blown renaissance and now is treated almost as a brand-new topic.

A journey back in time into the company´s history

The foundation of the Camille Bauer company dates back to 1900, immediately after the War of the Currents just described, at a time when electricity was rapidly gaining in importance. At the turn of the century, the Camille Bauer company, named after its founder Camille Bauer-Judlin, began importing measuring instruments for the trendy new phenomenon called »electricity» into Switzerland for sale to the local market. Some years later, in 1906, Dr. Siegfried Guggenheimer (1875 - 1938), formerly a research scientist for Wilhelm Conrad Röntgen (1845 - 1923) and who in 1901, became the first winner of the Nobel Prize for physics, founded what was virtually a start-up company in Nuremberg, Germany, trading under his own name. The company was engaged in the production and sale of electrical measuring instruments. However, due to pressure from the Nazis because Dr. Guggenheimer was of Jewish descent, he had to rename the company in 1933, creating the Metrawatt AG.

In 1919, a man by the name of Paul Gossen entered the picture. He was so dissatisfied with his employment with Dr. Guggenheimer that he founded his own company in Erlangen, near Nuremberg, and for decades the two rivals were continuously in fierce competition with one another¤ In 1944, towards the end of the Second World War, Camille Bauer could see that its importing business had virtually come to a standstill. All the factories of its suppliers, which were mainly in Germany (for example Hartmann & Braun, Voigt & Haeffner, Lahmeyer, etc.), had been converted to supplying materials for the war. At this point, a decision had to be made quickly. Camille Bauer's original trading company located in Basel, undertook a courageous transformation. In order to survive, it turned itself into a manufacturing company. In a first step, the recently formed manufacturing company Matter, Patocchi & Co. AG in Wohlen was taken over, in order to be get the business up and running quickly with the necessary operating resources at their disposal. The Swiss manufacturing base in Wohlen in the canton of Aargau was born.

But our journey back in time does not end here. In 1979, Camille Bauer was taken over by Röchling a family-owned company in Mannheim, Germany. At that time, Röchling wanted to quit the iron and steel business and enter the field of I&C technology. Later, in 1993, Gossen in Erlangen and Metrawatt in Nuremberg were reunited in a single company, after Röchling became owner of the Gossen holding company as a result of the acquisition of the Bergmann Group from Siemens in 1989, and Metrawatt was acquired from ABB in 1992. At the same time, Camille Bauer´s German sales operation in Frankfurt-Dreieich also became a part of the company. Today the companies operate globally and successfully under the umbrella brand of GMC-I (Gossen Metrawatt Camille-Bauer-Instruments).

Entry into a new era

The physics of electric current have not changed over the course of time. However, business conditions have changed drastically, especially over the last 5-10 years. Catch phrases such as electricity free market, collective self-consumption, renewable energy sources, PV, wind power, climate targets, reduction of CO2 emissions, e-mobility, battery storage, Tesla, smart meters, digitalization, cyber security, network quality, etc. are all areas of interest for both people and companies¤ And last but not least, with today´s protest demonstrations, climate change has become a political issue. We will have to see what results from this. At the very least, the catch phrases mentioned above are perfect for developing scenarios for electricity supply security. And it really is the case that the traditional electricity infrastructure, which is often as old as Camille Bauer Metrawatt itself, was not designed for the new types of energy behaviour, either those on the consumer side or the decentralised feed-in side. As a result, it is ever more important to have increasing numbers of intelligent systems which need to work from basic data obtained from precise measurements in order to avoid outages, blackouts and resulting damage.

The overall diversity of these new clusters of topics has prompted Camille Bauer Metrawatt AG to once more face the challenges with courage and above all to do so in an innovative and productive way. In this spirit, Camille Bauer Metrawatt AG develops, produces and distributes its product range globally in 4 technological segments. These are defined as (1) Measurement & Display, (2) Power Quality, (3) Control & Monitoring, as well as for its most recent products (4) Software, Systems and Solutions. Thanks to its expert staff, modern tools and external partners Camille Bauer Metrawatt is able, for example, to analyse power quality and detect power quality problems. In addition, the Camille Bauer Metrawatt Academy, recently founded in 2019, puts its focus on knowledge transfer by experienced lecturers, with the latest and most important topics as its main priority. Furthermore, we keep in very close contact with customers, authorities, associations, specialist committees, educational institutions, practice-oriented experts and the scientific community in order to continually provide the requisite solutions to the market and interested parties.

Camille Bauer Metrawatt AG is a Swiss medium-sized company for the development and production of industrial measurement equipment. Organised in two business units, Camille Bauer offers customers application oriented solutions in the high-voltage monitoring and position sensoring. The company is part of the GMC-I with headquarters in Nürnberg, Germany and as such with its worldwide representatives is a renowned supplier for the measurement of electrical and energetic parameters. This includes a deep understanding of the needs of the electrical energy generation, distribution of energy as well as the industrial consumers. With its Swiss regard for highest quality and its strong capacity for innovation Camille Bauer Metrawatt AG delivers measurable added value to its customers. More information available from www.camillebauer.com