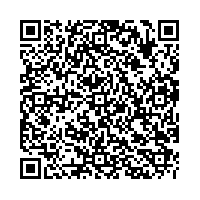 The new Equivital EQ02 LifeMonitor incorporates a miniaturised body-worn sensor designed on a 'wear and forget' principle that senses, records, processes and transmits data from the human body. Hidalgo has also launched its new eqView software for PC, web and mobile so the data can be viewed, analysed and acted upon in real time, and development kits to cater for their growing partner developer community.

The data that can be captured includes ECG, respiration rate, skin temperature and activity. Importantly, the data can be used to derive valuable, actionable information in real time from the device or on the application software.

Hidalgo's team of engineers, scientists and doctors have been pioneering the development of technologies that allow accurate data to be measured from real people in real environments for over 10 years.

Hidalgo's devices have already proved valuable in the UK for training with the emergency services - including Cambridgeshire Fire and Rescue - and at hospitals such as Addenbrooke's as a means of collecting clinical data from a patient without having to use traditional wired devices.

Research studies funded by bodies such as Oxford Biomedical Research Centre and the Wellcome Trust have also been using their wireless products.

Meanwhile, customers worldwide include the US military - the US Marine Corps took Hidalgo's technology on operational duty in Iraq.

The Swavesey-based business is already seeing orders come in for the new product range from distributors, customers and development partners around the world.

"Measuring and modelling physiological information about the human body - its functions and its cause and effect behaviours - is vital to military, pharmaceutical and healthcare users," says Dr Ekta Sood from Hidalgo.

"The driving factor for use is the potential improvement in efficiency, safety, cost savings and available information. The benefits far outweigh the cost of acquisition for users and this is also driving significant partnerships with international companies wishing to leverage or add to the Equivital mobile human monitoring ecosystem."

Hidalgo is a wireless innovations company based in Cambridge, UK. Since being founded in 1998 it has built up a reputation of developing innovative wireless monitoring technologies and associated sensors for use in healthcare, home energy metering and wireless communications.

Hidalgo has been part of the Jaltek Group since 2008 and now specialises solely in the development and manufacture of the Equivital products used for advancing mobile human monitoring applications.

Hidalgo's mission is to advance the capabilities of Equivital mobile human monitoring products in order to make them more widely accessible to professional and consumer users. Through Equivital, Hidalgo wants people to have the knowledge and power of utilising information about themselves.

Further information can be found at www.equivital.co.uk

Cambridge Wireless is a leading industry forum and vibrant community with a rapidly expanding network of companies actively involved in the development and application of wireless technologies. In addition to high level networking dinners, educational events and business development activities, Cambridge Wireless runs an annual Future of Wireless International Conference along with the Discovering Start-Ups initiative to support emerging, innovative wireless companies. Over 15 Special Interest Groups focused on specific technologies and market sectors, also provide opportunities for members to meet, form partnerships to exploit new commercial opportunities, and share knowledge and information about the latest industry trends and hot topics. Cambridge Wireless has partnerships with other leading industry clusters and organisations around the world to extend its international reach and to keep members up to date with the latest global developments and business opportunities. For more information, please visit www.cambridgewireless.co.uk