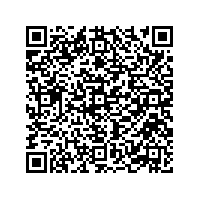 Subscribe to news
(PresseBox) ( Cambridge UK, 12-08-30 )
Two very active members of Cambridge Wireless - Abhi Naha and Peter Whale, have teamed up to write a new book entitled 'The Essentials of Mobile Handset Design'. Published on August 30th by Cambridge University Press, the book is a much needed guide that explains in a very understandable way all that is involved in designing a modern mobile handset, be that the latest smartphone, or the simplest "talk and text" device.

The book captures the experience and know-how accumulated by Abhi and Peter through their significant contributions to a number of Cambridge-based high-tech wireless ventures over the years. "We think the book is a much needed introduction to all of the key issues involved in designing the world's most advanced, highest volume product ever - the biggest platform in the history of humanity. All that we know and share in the book has been amassed through working in the hi-tech industry in Cambridge and engaging with key teams in all of the major mobile handset design and manufacturing organisations on the planet," says Peter Whale, who was recently re-elected to serve another term as a board member of Cambridge Wireless, co-chairs the Handset SIG with Abhi and others, and also leads the team behind the vibrant annual Future of Wireless International Conference hosted by Cambridge Wireless.

"We cover all the key ingredients for success in the mobile industry, along with a range of case studies," says Abhi Naha, who is the founding champion of the Cambridge Wireless Handset SIG. He added: "We were approached directly by Cambridge University Press and series editor Professor William Webb (also Neul CTO) to write a much needed book, in part because of our pedigree in championing the Handset SIG within Cambridge Wireless, where we have been creating events that explore the latest developments in handset design for several years. He added, "We put together a brief which CUP were pleased to accept and now the fruit of our labours is about to be harvested, hopefully with lots of sales. Cambridge University Press have such faith in the book that they have already created a lower-cost edition to market in Asian markets, particularly in India."

"The book has some great endorsements including from Prof Andy Hopper from the Cambridge Computer Lab, David Cleevely from Cambridge Wireless and Cherie Blair from the Cherie Blair Foundation, amongst others."

In the book, the authors examine the critical factors for success in creating a winning design. Abhi comments, "Innovation is the fuel of the mobile handset industry and, as Apple founder Steve Jobs said, 'design is the soul'. But you can't design in isolation. A key theme of the book is the application of a holistic design approach, which is the inter-connectedness of a wide range of design issues requiring a strong collaboration dynamic between all the different players in the handset ecosystem."

Peter adds, "Innovation and design thrive in the space between the opportunities created by advances in technology driven by Moore's Law, and the challenges created by the hard limits such as spectrum availability, information coding, battery chemistry and human cognitive load and dexterity. There is never time to design a handset completely from the ground up. The market and technology would have changed multiple times in the intervening period and the economics of doing so would never add up.

"Consequently, a platform approach is absolutely critical. This is true for hardware, software, and reference design, but it is just as true at the test house, in the factory, through the distribution channel, at the retail outlet and through the app store."

Part of 'The Cambridge Wireless Essentials Series,' the book is available from Thursday, August 30 via the Cambridge University Press web store and from all major online book retailers, as well as from the CUP book store in Cambridge. A website www.mobilehandsetdesign.com accompanies the book and includes further background information and comment.

Cambridge Wireless is a leading industry forum and vibrant community with a rapidly expanding network of companies actively involved in the development and application of wireless technologies. In addition to high level networking dinners, educational events and business development activities, Cambridge Wireless runs an annual Future of Wireless International Conference along with the Discovering Start-Ups initiative to support emerging, innovative wireless companies. Over 15 Special Interest Groups focused on specific technologies and market sectors, also provide opportunities for members to meet, form partnerships to exploit new commercial opportunities, and share knowledge and information about the latest industry trends and hot topics. Cambridge Wireless has partnerships with other leading industry clusters and organisations around the world to extend its international reach and to keep members up to date with the latest global developments and business opportunities. For more information, please visit: www.cambridgewireless.co.uk.