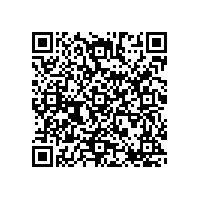 For the overview, please see attachment and/or the following link:

"CA Technologies recorded a good second quarter," said Chief Executive Officer Bill McCracken. "We delivered solid financial performance by growing revenue, earnings per share and cash flow. We also continued to take more steps in support of our corporate strategy by building out our virtualization management, security management and cloud offerings through a number of key acquisitions and the announcement of new industry-leading solutions.

"I see our second quarter results as a strong indication that our strategy to manage and secure physical, virtual and cloud environments is the right strategy," McCracken continued. "The changes we made to our organization and our focus on rigorous execution are beginning to pay off. These results, along with our view of the back half of the year, give us the confidence to reaffirm our full-year outlook."

Total revenue growth in the second quarter can be attributed primarily to a significant increase in sales of the Company's service assurance, project and portfolio management, and identity and access management products. In addition, the services and education business showed healthy growth.

Cash flow from operations was $130 million compared to $120 million in the prior year. Second quarter cash flow was affected by a year-over-year $60 million increase in single installment payments from customers.

- Cash and cash equivalents were $2.525 billion.
- With $1.567 billion in total debt outstanding, the Company's net cash position was $958 million.
- The Company repurchased approximately 5 million shares of stock in the second quarter for a total of $96 million under the $500 million stock repurchase program authorized by the Board of Directors in May 2010.

During the second quarter the Company announced:
- The acquisition of Arcot Systems, Inc., a leader in providing advanced authentication and fraud prevention solutions through on premises software or cloud services, in an all-cash transaction valued at $200 million;
- The acquisition of privately-held 4Base Technology, a virtualization and cloud infrastructure consulting firm. Terms of the transaction were not disclosed;
- An agreement to acquire Hyperformix, a leading provider of capacity management software for dynamic physical, virtual, and cloud IT infrastructures. Terms of the transaction were not disclosed and the sale is expected to close in the third quarter;
- A strategic alliance with Fujitsu Limited that will enhance each company's service assurance product portfolio and cloud computing strategy; and,
- The general availability of five products in its powerful CA Virtual suite, which offer comprehensive management capabilities to provision, control, assure, secure and optimize virtual environments. The Company also announced enhancements to CA Identity Manager for automated provisioning to cloud applications including Google Apps and salesforce.com's enterprise cloud computing platform.

The Company reaffirmed its revised outlook issued on July 21, 2010 for revenue and cash flow, and GAAP and non-GAAP earnings per share. The Company also updated projected as reported numbers based on Sept. 30, 2010 exchange rates:

This outlook also assumes no material acquisitions and a partial currency hedge of operating income. The Company also expects a full-year GAAP and non-GAAP tax rate in a range of 33 percent to 34 percent.

This news release and the accompanying tables should be read in conjunction with additional content that is available on the Company's website, including a supplemental financial package, as well as a webcast that the Company will host at 5 p.m. ET today to discuss its unaudited second quarter results. The webcast will be archived on the Company website. Individuals can access the webcast, as well as this press release and supplemental financial information, at http://ca.com/invest or listen to the call at 1-800-776-0420. The international participant number is 1-913-312-1407.

CA Technologies (NASDAQ: CA) is an IT management software and solutions company with expertise across all IT environments - from mainframe and distributed, to virtual and cloud. CA Technologies manages and secures IT environments and enables customers to deliver more flexible IT services. CA Technologies innovative products and services provide the insight and control essential for IT organizations to power business agility. The majority of the Global Fortune 500 relies on CA Technologies to manage evolving IT ecosystems. For additional information, visit CA Technologies at www.ca.com.

This news release, the accompanying tables and the additional content that is available on the Company's website, including a supplemental financial package, includes certain financial measures that exclude the impact of certain items and therefore have not been calculated in accordance with U.S. generally accepted accounting principles (GAAP). Non-GAAP metrics for operating expenses, operating income, operating margin, income from operations and diluted earnings per share exclude the following items: non-cash amortization of purchased software and other intangibles, share-based compensation, pre-fiscal year 2010 restructuring and other charges and include the gains and losses since inception of hedges that mature within the quarter, but exclude gains and losses of hedges that do not mature within the quarter. Non-GAAP income also excludes the interest on convertible bonds. The effective tax rate on GAAP and non-GAAP income from operations is the Company's provision for income taxes expressed as a percentage of pre-tax GAAP and non-GAAP income from operations, respectively. Such tax rates are determined based on an estimated effective full year tax rate, with the effective tax rate for GAAP generally including the impact of discrete items in the period such items arise and the effective tax rate for non-GAAP income generally allocating the impact of discrete items pro rata to the fiscal year's remaining reporting periods. Non-GAAP adjusted cash flow excludes restructuring and other payments. Free cash flow excludes capital expenditures. We present constant currency information to provide a framework for assessing how our underlying businesses performed excluding the effect of foreign currency rate fluctuations. To present this information, current and comparative prior period results for entities reporting in currencies other than US dollars are converted into US dollars at the exchange rate in effect on March 31, 2010, which was the last day of our prior fiscal year. Constant currency excludes the impacts from the Company's hedging program. The constant currency calculation for annualized subscription and maintenance bookings is calculated by dividing the subscription and maintenance bookings in constant currency by the weighted average subscription and maintenance duration in years. These non-GAAP financial measures may be different from non-GAAP financial measures used by other companies. Non-GAAP financial measures should not be considered as a substitute for, or superior to, measures of financial performance prepared in accordance with GAAP. By excluding these items, non-GAAP financial measures facilitate management's internal comparisons to the Company's historical operating results and cash flows, to competitors' operating results and cash flows, and to estimates made by securities analysts. Management uses these non-GAAP financial measures internally to evaluate its performance and they are key variables in determining management incentive compensation. The Company believes these non-GAAP financial measures are useful to investors in allowing for greater transparency of supplemental information used by management in its financial and operational decision-making. In addition, the Company has historically reported similar non-GAAP financial measures to its investors and believes that the inclusion of comparative numbers provides consistency in its financial reporting. Investors are encouraged to review the reconciliation of the non-GAAP financial measures used in this news release to their most directly comparable GAAP financial measures, which are attached to this news release.

Certain statements in this communication (such as statements containing the words "believes," "plans," "anticipates," "expects," "estimates" and similar expressions) constitute "forward-looking statements" that are based upon the beliefs of, and assumptions made by, the Company's management, as well as information currently available to management. These forward-looking statements reflect the Company's current views with respect to future events and are subject to certain risks, uncertainties, and assumptions. A number of important factors could cause actual results or events to differ materially from those indicated by such forward-looking statements, including: the ability to achieve success in the Company's strategy by, among other things, increasing sales in new and emerging enterprises and markets, enabling the sales force to sell new products and Software-as-a-Service offerings and improving the Company's brand in the marketplace; global economic factors or political events beyond the Company's control; general economic conditions, including concerns regarding a global recession and credit constraints, or unfavorable economic conditions in a particular region, industry or business sector; failure to expand channel partner programs; the ability to adequately manage and evolve financial reporting and managerial systems and processes; the ability to successfully acquire technology and software that are consistent with our strategy and integrate acquired companies and products into existing businesses; competition in product and service offerings and pricing; the ability to retain and attract qualified key personnel; the ability to adapt to rapid technological and market changes; the ability of the Company's products to remain compatible with ever-changing operating environments; access to software licensed from third parties, third-party code and specifications for the development of code; use of software from open source code sources; discovery of errors in the Company's software and potential product liability claims; significant amounts of debt and possible future credit rating changes; the failure to protect the Company's intellectual property rights and source code; fluctuations in the number, terms and duration of our license agreements as well as the timing of orders from customers and channel partners; reliance upon large transactions with customers; risks associated with sales to government customers; breaches of the Company's software products and the Company's and customers' data centers and IT environments; access to third-party microcode; third-party claims of intellectual property infringement or royalty payments; fluctuations in foreign currencies; failure to successfully execute restructuring plans; successful outsourcing of various functions to third parties; potential tax liabilities; and these factors and the other factors described more fully in the Company's filings with the Securities and Exchange Commission. The Company assumes no obligation to update the information in this communication, except as otherwise required by law. Readers are cautioned not to place undue reliance on these forward-looking statements, which speak only as of the date hereof.