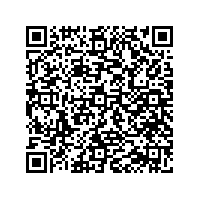 (PresseBox) ( Hertogenbosch, 08-11-06 )
Bridge Equity Holding, the parent company of the Bridge Incubation Group, the leading international business incubator for Independent Software Vendors and 3 investment companies have agreed on the extension of the share capital.

Johan Pellicaan, founder and CEO of Bridge says: "A year ago we had the idea that there would be a market to incubate software companies in the EMEA region. At the time, we could not have predicted to increase our capital with new shareholders to support our ambitious plans just one year later. The idea we had is already translated into 5 exclusive contracts with software companies from the United Kingdom, the U.S.A and Canada. The feedback we received was such that we decided to take bigger steps, faster versus our original plan."

Pellicaan continues: "We see a huge potential for the products of the software vendors we represent. With new customers on board cross the region and many big names in the pipeline, we expect to grow very fast. We are truly focused on the entire EMEA region. Over the last few months, we see new customers coming from various countries in Europe, the Middle East and Africa. We expect our vision to accomplish a rapidly growing company with a niche in the world of software sales. The potential is tremendous!"

Large international distributors continue to sell billions of known products from large manufacturers. Bridge is the first company to concentrate on and representing smaller software vendors and offers full coverage in Europe, the Middle East and Africa.

According to Geert van Etten, CEO of Vemede Investors and a member of the Bridge Advisory Board, were the concept and knowledge of the market the reason for the 3 investment companies to acquire a part of Bridge.

"The combination of knowledge of the Bridge Management together with the concept they developed, makes it very attractive for a software vendor to do business with the Bridge Incubation Group. Especially now the economic situation is under pressure, less software companies will decide to establish their own office in the region. Because of the low cost structure and synergy benefits of Bridge, ISV's can now get access to the EMEA market without taking large financial risk themselves. During the coming years we expect hundreds of IT companies across the region to do business with Bridge, selling and implementing the solutions we represent. Such a quick start is hard to match", according to van Etten.

The Bridge Incubation Group incubates software companies within the EMEA market. Bridge delivers services in the areas of business planning, channel development and optimization, sales and marketing and venture funding.