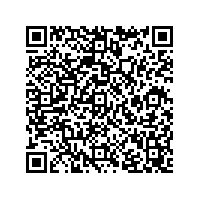 Subscribe to news
(PresseBox) ( Riverside, Calif., 17-04-18 )
Bourns, Inc., a leading manufacturer and supplier of electronic components, today announced it has been named a GM Supplier of the Year by General Motors. The awards were made during GM’s 25th annual Supplier of the Year ceremony held on March 31 in Orlando, Florida. Bourns supplies wheel speed sensors and transmission sensors to GM.

GM recognized 118 of its best suppliers from 15 countries that have consistently exceeded GM’s expectations, created outstanding value or brought new innovations to the company. The announcement represented the most suppliers GM has recognized since debuting the Supplier of the Year event in 1992. This is the first time Bourns has received the award.

“We are focused on building positive supplier relationships, bringing new, customer-centric innovations to GM and being the OEM of choice among suppliers,” said Steve Kiefer, GM Vice President, Global Purchasing and Supply Chain. “The companies we recognize not only have brought innovation, they delivered it with the quality our customers deserve.”

More than half of the suppliers are repeat winners from 2015.

Winning suppliers were chosen by a global team of GM purchasing, engineering, quality, manufacturing and logistics executives and selected based on performance criteria in Product Purchasing, Indirect Purchasing, Customer Care and Aftersales, and Logistics.

“The GM award spotlights Bourns’ success in delivering an extensive range of innovative and cost-effective automotive position, speed and torque sensors that continually meet the strict requirements set for the automotive industry,” said Jeff Pyle, Vice President of Bourns Automotive Division.  “Bourns highly values its ongoing relationship with GM, and we are thrilled to be acknowledged for our customized products by such a respected world-class organization.”

General Motors Co. (NYSE:GM, TSX: GMM) and its partners produce vehicles in 30 countries, and the company has leadership positions in the world's largest and fastest-growing automotive markets. GM, its subsidiaries and joint venture entities sell vehicles under the Chevrolet, Cadillac, Baojun, Buick, GMC, Holden, Jiefang, Opel, Vauxhall and Wuling brands. More information on the company and its subsidiaries, including OnStar, a global leader in vehicle safety, security and information services, can be found at http://www.gm.com