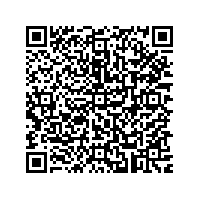 Bombardier Wins Major Rail and Maintenance Contract in the UK

Rail technology leader Bombardier Transportation has signed a contract with FirstGroup and MTR to supply and maintain 750 BOMBARDIER AVENTRA vehicles, for operation on the South Western franchise in the United Kingdom. This is the largest ever single contract globally for AVENTRA trains.

The contract is valued at approximately GBP 895 million GBP ($1.1 billion US, 1 billion euro). In addition, Bombardier will execute a Technical Services and Spares Supply Agreement (TSSSA) for the duration of the seven year franchise, with an option to extend for 11 periods in line with the existing franchise extension option. The UK-based rolling stock investment consortium Rock Rail will finance the multi-million pound procurement.

Steve Montgomery, First Rail Managing Director said, "We have exciting plans for the South Western rail franchise and these new trains are an important step on the way to delivering an improved journey experience for our passengers. We know from listening to passengers and stakeholders that alongside improved performance, what they want to see is additional seats and we will deliver this via these state-of-the-art trains."

Richard Hunter, UK Managing Director, Bombardier Transportation, commented "We are thrilled to have won this important contract. It demonstrates further confidence placed in this market leading rolling stock, designed and built in Britain. AVENTRA offers enhanced performance and increased passenger capacity, which will play an important part in helping First/MTR satisfy continued levels of passenger growth on the South Western network. The contract builds upon our strong credentials, following the selection of AVENTRA for Crossrail and LOTRAIN in London, as well as for the East Anglia franchise. We look forward to deepening our collaborative relationship with First/MTR."

In addition to delivering a significant performance increase with innovative energy benefits such as regenerative braking, Bombardier's new AVENTRA electric multiple unit will transform the passenger experience with features including wide-open gangways between carriages, air conditioning, WiFi, 2 + 2 seating, USB sockets at seat locations, universal toilets and improved passenger information system. The new units will be supplied in both 5-car and 10-car configurations.

The FirstGroup and MTR partnership will take over the South Western franchise on 20 August 2017. The new trains will operate on the Windsor, Reading and West London suburban routes. The new trains will start to come into service from mid-2019 and will all be in place by December 2020.

Bombardier is the world's leading manufacturer of both planes and trains. Looking far ahead while delivering today, Bombardier is evolving mobility worldwide by answering the call for more efficient, sustainable and enjoyable transportation everywhere. Our vehicles, services and, most of all, our employees are what make us a global leader in transportation.

Bombardier is headquartered in Montreal, Canada. Our shares are traded on the Toronto Stock Exchange (BBD) and we are listed on the Dow Jones Sustainability North America Index. In the fiscal year ended December 31, 2016, we posted revenues of $16.3 billion. News and information are available at bombardier.com or follow us on Twitter @Bombardier.