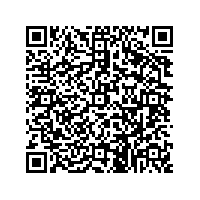 Subscribe to news
(PresseBox) ( Puchheim, 18-03-23 )
Version 4 of the Apple Design Award winning live video production application mimoLive - The Multi-In, Multi-Out Live Video Engine for the Mac is now available. The new version improves live video producer’s lives by adding easy multi-endpoint streaming, a process to work with viewer comments on YouTube and Facebook, a multi-view to keep an eye on your video sources and much more. mimoLive 4 will be shown at the NDI® Pavilion (booth SL5516) at NAB in Las Vegas.

“mimoLive 4 is the 21st release of mimoLive since we rebranded from BoinxTV in 2016, not counting beta releases,” says Oliver Breidenbach, CEO of Boinx Software. “This fast pace of development is what we hoped to achieve with switching to a new business model for mimoLive. This new release is a milestone, because we’ve redesigned the whole output part to make mimoLive even more useful.”

Multi-Out To The Max
mimoLive 4 now makes it very easy to ingest to multiple streaming servers at the same time. For example, you can simultaneously stream to YouTube or Facebook and your own streaming servers. YouTube, Facebook and Twitch are supported via API and are very comfortable to use. Other services and servers can be used with standard RTMP.

Aux Audio
mimoLive is used in ever more challenging scenarios that require more than just the operator to be getting an audio feed. For example a moderator in the studio would need to get a different audio feed than the operator in the editor booth, especially if talking to remote guests via the mimoCall service. mimoLive 4 can now define multiple aux audio mixes.

YouTube and Facebook Comments
Encouraging audience interaction is getting ever more important. Posts with lots of comments and reactions are ranked higher by the algorithms. The best way to achieve that is to react to comments during the live show and mimoLive makes this easier than ever with a new workflow for just that purpose.

Keep An Eye On Your Sources
When live editing, it is important to see all available video sources in order to be able to make a good decision on what camera angle to show on the spot. mimoLive adds two independent, freely configurable multi-views, one inside the main window if you only have one display and another one in an external window that you can display on a second screen. Both can be used to trigger the Switcher layer so that the editor only has to point and click on the source they want to show. The multi-views can be configured in a number of layouts with up to 10 source views.

UI Customisation And More
With the new layout for the main window, the available screen real estate can now be used much more effectively and be tailored to the operator’s needs by resizing the columns and the layer preview. A new Levels filter allows users to quickly adjust the white balance of the attached video sources to make them look better and more “alike” without having to go through the camera menus. An Auto-Switching layer periodically or randomly switches up to 9 sources. And last but not least, a large number of reported issues have been fixed.

NAB 2018 Las Vegas
Boinx Software will demo mimoLive 4 and how it’s integrating perfectly with the NDI® world at the NDI® Pavilion (Booth SL5516) at NAB 2018 in Las Vegas from April 9th to April 12th. (NDI® is a registered trademark of NewTek, Inc.)

Located in Germering, near Munich, Germany, Boinx Software Ltd. develops award-winning animation, video production and photography software for the Mac® platform and iOS devices including the iPhone®, iPad® and iPod®. Honoured with numerous Apple Design Awards and coveted spots on the Mac App Store's Best Apps of the Year list, the extensive family of Boinx apps includes iStopMotion for Mac, iStopMotion for iPad, FotoMagico, mimoLive (formerly BoinxTV), Mouseposé, You Gotta See This!, PhotoPresenter for iOS, and PhotoWall+ for tvOS Boinx's newest social photo wall for sharing and saving crowd-sourced photos. Boinx Software has also been instrumental in the development of popular apps including Heads Up!, Ellen DeGeneres's charades party game, and the Leica TL iPhone and iPad app, the elegant remote companion to the Leica TL digital camera. Follow @boinxsoftware on Twitter and Facebook. For more information, please visit the Boinx Software website.