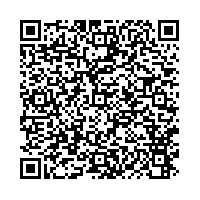 Market for 30,900 New Commercial Airplanes Valued at $3.6 Trillion Over Next 20 Years

The report, now in its 46th year of public release, is widely regarded as the most comprehensive and respected analysis of the commercial aviation market, and reflects the improving, yet still unstable conditions facing the industry.

"The world market is doing much better than last year, but there are still challenges," said Randy Tinseth, vice president of Marketing, Boeing Commercial Airplanes. "Looking at 2010, we see a world economy that continues to recover. We expect the world economy to grow above the longterm trend this year. As a result, both passenger and cargo travel will grow this year. Airline revenue and yields are up, but fuel prices remain volatile."

Passenger traffic is expected to grow at 5.3 percent annual rate over the longterm, driven by economic growth from regions with diverse airplane needs. The singleaisle airplane segment will continue to dominate growth worldwide due to the proliferation of lowcost carriers, emerging markets such as India, China and Southeast Asia, and continuing instability of fuel prices. The singleaisle segment has outpaced longhaul markets over the last decade and will continue to trend upward as older fleets are retired.

The Asia-Pacific region shows the most robust market gains, with China leading the way.

"Today, about onethird of all airline traffic touches the Asia-Pacific region, and as a result of the growth in this market, by 2029 almost 43 percent of all traffic will be to, from, or within the region," said Tinseth.

The airlines of the Asia-Pacific region also will be the largest buyer of twinaisle airplanes -- about 40 percent of the total demand.

The Middle East, which has been one of the fastest growing regions for air travel in recent years, represents another very strong market. Airlines in the Middle East have been growing rapidly by taking advantage of geography, demographics, airplane technology and wellcoordinated growth and investment plans.

The North American and European markets will see substantial demand for replacement airplanes as they retire aging lessefficient jets. Robust growth in emerging markets with dynamic populations and growing incomes will lead toward a more balanced airplane demand worldwide.

Boeing predicts that airlines will grow by responding to their passengers' preference for more flight choices, lower fares and direct access to a wider range of destinations. Air carriers will focus on offering more flights using more efficient airplanes, rather than on using significantly larger airplanes. As a result, the market for large airplanes (747 and larger) is small at 720 airplanes. But it remains an important market segment with a value of $220 billion. It is a market largely for replacement of existing airplanes, not additional growth, with 45 percent of the demand from Asian customers and 23 percent from Middle East customers.

Boeing projects the world freighter fleet to increase from 1,750 to 2,980 airplanes
-- an increase of more than twothirds. This growth will require 2,490 freighters.

Virtually all of the standardbody freighters (49.6 tons/less than 45 tonnes) are expected to come from conversions of passenger airplanes.

The recession resulted in significantly reduced air cargo traffic in 2009, the base year for the Boeing forecast. From this lowtraffic base, Boeing forecasts that world air cargo traffic will increase at an annual average of 5.9 percent through 2029. Included is the current strong year traffic growth that Boeing estimates will reach nearly 14 percent over fullyear 2009 levels -- a significant spike in the 20year growth projection.

"The inclusion of the hightraffic growth levels in 2010, following the recession, is driving our cargo forecast upward," said Tinseth. "However, the strength of the industry and its growth will continue to be driven by sound fundamentals -- speed and reliability, consumer product innovation and global industrial interdependence."

The report and a feature, which provides an interactive database of forecast numbers, can be found at www.boeing.com/cmo.

For a brief video of Randy Tinseth talking about Boeing's Current Market Outlook, visit http://bit.ly/9DXjtc Additions to the fleet will include 740 newproduction freighters (worth $180 billion at today's catalog prices) and 1,750 airplanes converted from passenger models. Large (more than 88.2 tons capacity/80 tonnes) freighters will account for 520 newbuild airplanes. Medium (44.1 to 88.2 tons/40 to 80 tonnes) freighters will total 210 airplanes.