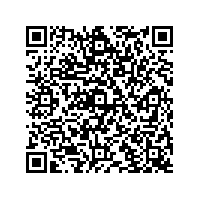 "Okay Airways is a firm believer in the Next-Generation 737-800, which is the backbone of our fleet and has proved its reliability and efficiency on a daily basis," said Wang Shusheng, chairman of Okay Airways. "The new additions will help us expand our domestic routes and even explore regional markets."

It currently operates four 737s, including three 737-800s and one 737-300 converted freighter, on trunk routes with direct flights to more than 20 domestic destinations.

Okay Airways also will lease four 737-800s this year, and plans to expand its fleet by leasing five 737-800s each year prior to the new delivery.

"Okay Airways has been a dedicated operator of Boeing 737s since it was established. Boeing is honored that 10 more 737-800s will join Okay Airways' fleet to support its strategy in this fastgrowing market," said Marlin Dailey, vice president of Sales & Marketing, Boeing Commercial Airplanes. "We look forward to continuing our partnership with Okay Airways, which started with the Next-Generation 737-800."