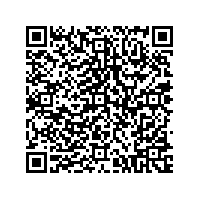 Overview, Analysis and Forecast to 2025

(PresseBox) ( Vancouver, Canada, 19-10-23 )
According to a new market report published by BlueWeave Consulting, The Global Smart Cities Market was valued at US$ 824,774.8 Mn in 2017 and is expected to expand at a CAGR of 21.5% from 2018 to 2024, reaching US$ 3,180,358.5 Mn by the end of the forecast period. Greater involvement of the corporates and growing public-private partnerships are some of the major trends observed in this market.

The market overview section of the report demonstrates market dynamics such as drivers, restraints, and opportunities that talks about the current nature and future scenario of the said market, key market indicators, end-user adoption analysis. Further, key market indicators included in the report provide the significant factors which are capable to define the market position of global smart cities market.

On the basis of region, the market is segmented into five parts namely North America, Europe, Asia Pacific, Middle-East & Africa, and Latin America. Europe was the largest region in the global Smart Cities market in 2017 and it is estimated to grow over a CAGR of 19.9% during 2018-2024.

The research states that the global smart cities market is highly competitive, with players developing new smart cities applications and offering them through quick go-to-market strategy for higher market penetration. Some of the major companies operating in this industry include IBM Corporation, The ADT Corporation, Cisco Systems Inc., Oracle Corporation, AT&T Inc., SAP SE, Intel Corporation, General Electric, Schneider Electric SE, and Xerox Corporation. In the recent past, partnerships have been the major recent activities in the smart cities industry.

For instance, in February 2018, Cisco and AT&T have announced a partnership for smart cities, with the networking giant to integrate its Cisco Kinetic for cities platform into various AT&T smart cities solutions, including the smart cities operations center (SCOC). The small players prevailing in this industry are focusing especially on technological improvements, and integrated and joint innovation practices to build an entirely new ecosystem for new upcoming smart cities. This would further strengthen small and medium players’ position and market presence, globally.


In addition, the report provides analysis of the baby Smart Cities diapers market with respect to the following geographic segments:

BlueWeave Consulting provides a full scope of business intelligence solution for solving your toughest challenges. BWC is an emerging global expert & pioneer in the market research and provision of exclusive market INTEL. We optimize your decision making by equipping your industry with an accurate & better market research according to your industry demands through our professionally designed qualitative & quantitative research methods. Our trendy & efficient sample collection methods, integrated data solutions as well as methodologies certainly make us a better partner that you can rely on. With collective experience in the varied fields of retail, market research and reporting, we provide the business insight and business practices that would give the required impetus for your company's growth.