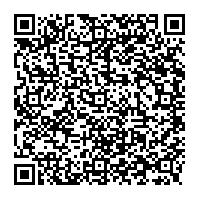 The latest BIOTRONIK cardiac resynchronization devices, the Lumax 740 HF-T and Evia HF-T are the world's first CRT-D and CRT-P devices on the market approved for MR scans due to BIOTRONIK's innovative ProMRI® technology. The BIOTRONIK ProMRI® portfolio, which also includes the Lumax 740 ICDs, Evia and Estella pacemakers and compatible leads, sets new standards in quality and innovation by allowing cardiac device patients to undergo vital MR scans for the first time.

According to the European Society of Cardiology, heart failure affects approximately 30 million people in Europe, and its incidence continues to increase.[1] Data from the United States show that heart failure is responsible for more hospitalizations than all forms of cancer combined and that it is the most frequent cause of hospitalization in patients aged 65 years and older. Rehospitalization rates during the six months following discharge are as high as 50%.

In both the Lumax 740 HF-T and Evia HF-T devices, BIOTRONIK's Heart Failure Monitor enables continuous, advanced heart failure monitoring. BIOTRONIK Home Monitoring® uses technology that automatically transmits patient status and device data from the patient to the physician on a daily basis. The Heart Failure Monitor has a number of settings, including a thoracic impedance feature that predicts imminent cardiac decompensation, heart failure and helps physicians to prevent hospitalization.

"Heart failure patients tend to be older, aged 65 years or older, with more comorbidities," commented Professor Dr. Wolfgang Bauer, cardiologist and expert in diagnostic imaging techniques from Germany's University of Würzburg. "There is a clear advantage when using a device such as the Evia HF-T or Lumax 740, which will enable physicians not only to monitor the patient remotely but also enable them to have MR scans-a likely occurrence in heart failure patient populations."

The BIOTRONIK CRT portfolio contains a number of MR compatible leads and lead introducers to complement the devices, allowing physicians to choose the optimal device and lead combination for each patient. Selectra, BIOTRONIK's introducer system, has a streamlined hub with a fully integrated hemostatic valve that minimizes handling complexity and maximizes the working length of the sheath during implant. The hydrophilic inner coating and low-friction valve are designed to reduce resistance and facilitate maneuverability of the lead.

"Heart failure is a growing public health problem," commented Christoph Böhmer, President International, BIOTRONIK, "and we are committed to developing innovative solutions such as our new state-of-the-art HF-T devices to support physicians in treating this condition. BIOTRONIK's CRT portfolio includes cutting-edge technologies such as ProMRI® and the BIOTRONIK Heart Failure Monitor that enable physicians to choose the optimum combination for each patient and indication, and BIOTRONIK invests in landmark trials such as the EchoCRT trial to identify and answer open questions in the heart failure population and pave the way for continued clinical excellence."

ProMRI® allows patients with a pacemaker, ICD, CRT-D or CRT-P to undergo an MR scan. The BIOTRONIK ProMRI® Evia HF-T and Lumax 740 series mark the first time a CRT pacemaker or defibrillator has been designed, tested and approved to make MR scans possible. As a result, physicians have the unique opportunity to select the optimal device from the Lumax and Evia series-offering their patients the most advanced therapy available, plus access to MR scans.

BIOTRONIK has pioneered advances in its BIOTRONIK Home Monitoring® remote patient management system since its first clinical application in the year 2000. The system is unique because it allows continuous, automatic wireless remote monitoring of patient status and device status with daily updates-all independent of any patient interaction. The technology leads to earlier intervention, as proven by the results of the TRUST[2],[3] landmark trial. Important clinical trend data reported by BIOTRONIK's Heart Failure Monitor enable physicians to clarify patient symptoms and underlying clinical mechanisms. Today, BIOTRONIK Home Monitoring® is used extensively in more than 5,300 clinics and 56 countries worldwide.

About the European Society of Cardiology

The ESC provides an array of scientific and educational activities, such as the production and updating of Clinical Practice Guidelines, the organization of educational courses and initiatives, and pan-European surveys on specific disease areas. The group organizes the ESC Congress, the largest cardiology meeting in the world, and also edits and publishes eight of the world's leading journals on cardiology.

For more information, please visit the BIOTRONIK booth at ESC: Hall B, #B2-C250

As one of the world's leading manufacturers of cardiovascular medical devices, with several million devices implanted, BIOTRONIK is represented in over 100 countries by its global workforce of more than 5,600 employees. Known for having its finger on the pulse of the medical community, BIOTRONIK assesses the challenges physicians face and provides the best solutions for all phases of patient care, ranging from diagnosis to treatment to patient management. Quality, innovation and reliability define BIOTRONIK and its growing success-and deliver confidence and peace of mind to physicians and their patients worldwide.