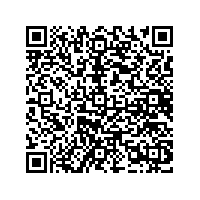 (PresseBox) ( Zug, 09-07-02 )
At this year's Annual General Meeting of BIOPETROL INDUSTRIES AG, Zug/Switzerland, the Management Board and Supervisory Board not only presented the results of the financial year 2008, but they revealed opportunities and potential for the future development of the business. Against the background of the problems in particular in the German biodiesel market, which the shareholders were aware of due to the media and letters and publications by the company, all of the resolutions were passed without opposition and the measures relating to the financial restructuring well received.

The financial restructuring of the Group, which basically comprised the purchase of the convertible bond issued in 2007 with a then principal amount of EUR 75 million by the main shareholders, has been completed including a capital increase resulting from the early conversion of a part of the convertible bond in the amount of EUR 30 million with the issue of 13.5 million new shares. The number of shares allowed for trading on the German stock exchanges and in the XETRA system has therefore risen after the registration of the capital increase to 50.5 million shares. The free float is around 10.8 million shares (21.4%), the main shareholders accordingly hold 78.6%. The remaining convertible bond in the amount of EUR 45 million had its term extended by 2 years 2014, its interest rate cut and its right of conversion has been waived.

The consolidated balance sheet of BIOPETROL INDUSTRIES AG has been considerably improved by the conversion of the bond in the amount of EUR 30 million and a multitude of accompanying organisational and financial measures. The equity ratio as of the 30.6.2009 increases near to doubling as a result to around 51% compared to the balance sheet date 31.12.2008. The final figures will be published upon completion of the first half year of 2009. The current borrowing requirement is secured by a loan from the main shareholder at normal market terms and conditions. The improved balance sheet structure and the considerable reduction of the interest burden from the remaining convertible bond improve the Group's rating and in so doing facilitate negotiations for possible additional borrowing.

BIOPETROL INDUSTRIES AG's attempt to plead for more continuity and reliability in the biofuel policy with an open letter to the members of the German parliaments and therefore provide long-term planning security has been met with approval by many members. However, it was not possible to prevent the biofuel quota being lowered with retrospective effect as of 1 January 2009 to 5.25% and only being raised again from 1 January 2010 to 6.25%. With this the current government continues the zig zag course in the environmental and energy policy of the last three years - to the detriment of consumers and the mostly small, medium-sized and private companies and investors. In a personal letter to the members of parliament and to the Chancellor BIOPETROL has after this latest change of course once again expressed its disappointment with the political style of the government which is driven by lobbying. All of the letters can be read on the company's home page www.biopetrol-ind.com

On the 27 August 2009 the figures of the first half year of 2009 will be published. BIOPETROL is expecting a largely balanced result from operating activities. The outlook for the whole of 2009 is though difficult. Basically considering the conditions which can be influenced by the company itself, the financial year 2009 will be more successful than the previous year.

Much depends on external factors such as developments in the price of oil, the volatility of the prices of vegetable oils which are determined to a large extent by speculation and further consolidation in the biofuels market.

The business is becoming more and more international and is concentrating increasingly on the major biofuels suppliers. After the collapse of the B100 market they face a smaller group of customers who are mainly interested in a reliable supply of high-quality biofuels for blending at the lowest possible price. The use of raw materials will in future be determined by further regulations on sustainability at European and national level which are in part still being developed, which specifically and absolutely supports BIOPETROL.

Biopetrol expects the consolidation process in the biofuel industry to speed up on the next few months, here and beyond European borders as well. With its competence in procuring sustainable raw materials and the modern and highly efficient production capacities at the locations in Rotterdam, Rostock and Schwarzheide, BIOPETROL is well positioned for the above-mentioned starting conditions and future developments.

This press release represents neither an offer for sale nor a request for the submission of an offer to purchase or subscribe to securities. This announcement and the information contained therein are not intended to be directly or indirectly passed on to or within the United States of America, Canada, Australia or Japan.

With its German, Dutch and Swiss subsidiaries, BIOPETROL INDUSTRIES AG, which has its head office in Zug (Switzerland), produces and sells biodiesel and pharmaceutical-grade glycerine of the highest quality. Among our customers are the oil industry and oil traders, large-scale fleet operators, public short-distance transport, as well as the agricultural and construction industries. The pharmaceuticals and cosmetics industries are in addition supplied with bioglycerine of pharmaceutical quality.