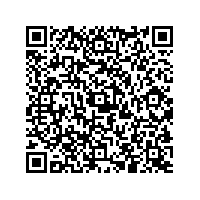 (PresseBox) ( Berlin, 09-06-16 )
Several American pharmaceutical giants such as Pfizer, Johnson & Johnson or Merck & Co are currently fighting losses in sales and a lack of upcoming products. In Europe, Sanofi-Aventis and GlaxoSmithKline are affected. However, not all pharmaceutical companies are suffering from the crisis. According to the assessment of many analysts, Roche, Novartis and Bayer, for example, have sufficiently deep product pipelines to sustain their growth. Biotechnology service providers and suppliers have also been spared from the financial crisis up to now as shown in a survey performed by the information portal BIOTECHNOLOGIE.DE.

Research productivity has steadily decreased during the past five to seven years. One reason for this is the increasing demands on the safety and efficacy of new substances. Despite sharply rising research expenditures, the number of successful new developments globally and in the important US market has been in a downward trend since the late 1990's.

Even though the US FDA approved 24 new medicinal products in 2008, more than in each of the preceding three years, weaknesses in product development still represent the greatest threat to the pharmaceutical branch. Against this background, it is hardly remarkable that F&E budgets of large pharmaceutical companies have been little affected in the current crisis.

As a result, many areas of the biotechnology branch, especially that of service providers and suppliers, have not been negatively affected by the financial crisis. The numbers from a survey of biotechnology companies recently published by the information portal BIOTECHNOLOGIE.DE, document a slight increase in sales, stable expenditures for research and development, as well as increasing numbers of employees during the past year. In addition, the survey shows that the approximately 500 biotech companies in Germany earned more than EUR 2 billion, which represents an increase of 9%. According to the survey, the number of employees increased to 14,450. The good revenue and employee numbers are primarily attributable to companies that offer their services on the market. The prospects are good that this trend will also continue in 2009, as the current quarter results of BioGenes GmbH show. Biogenes GmbH is a supplier for the pharmaceutical and biotechnology industry. The company, which specialises in antibody and assay development, was able to increase its first quarter 2009 sales by 16%. Incoming orders even increased by 46% during the same period. The dynamic growth also continued in the second quarter. "We show high growth rates in the areas of antibody and immunoassay development. Almost 70% of the orders are from the pharmaceutical industry at home and abroad. The remaining 30% come from research institutes and universities," says Dr. Alexander Knoll, managing director of BioGenes. Unlike other branches, BioGenes can be very pleased about its full order books because it is a supplier. The company is very optimistic about the future, not only because it has satisfied and loyal clients, but also because business with new customers is good. "We are able to win new clients even in difficult times. For example, companies that have brought their pipeline products into the clinical phase and need service providers to take over specific aspects of monitoring the production." Of course, the biotech suppliers are also having an easier time because of the stable F&E budgets. They can be optimistic about the future. In contrast, not just the atmosphere was subdued this May at the leading biotechnology trade fair BIO in Atlanta (Georgia, USA): The trade fair drew 25% fewer visitors and almost 20% fewer exhibitors in comparison to the previous fair in 2008.

BioGenes GmbH, located in Berlin, was founded in 1992 and is a worldwide operating full service provider for antibody and immunoassay development, as well as assay validation and production.